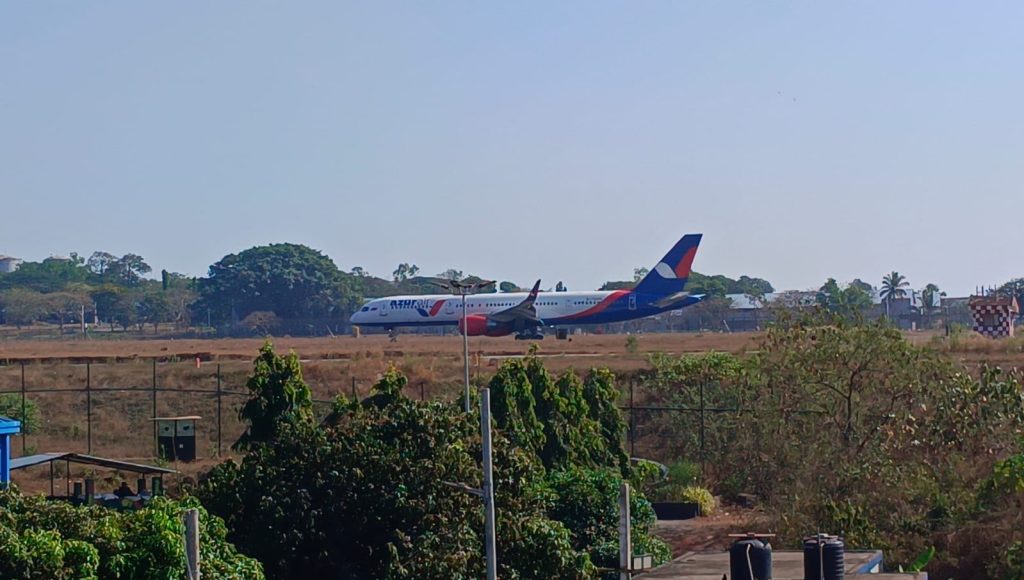 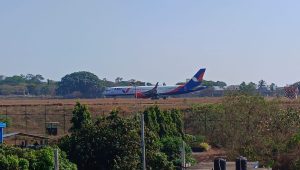 Goemkarponn desk
VASCO: The Moscow-Goa chartered flight that was diverted to Jamnagar on Monday night after an alleged bomb threat landed in Goa today afternoon.
The flight took off from Jamnagar around 12.45 pm this afternoon and landed at Mormugao at 3.00 pm.
The Jamnagar Collector had said that he alleged bomb threat onboard the Moscow-Goa chartered flight was a hoax call.
The flight was diverted to Gujarat’s Jamnagar after Goa ATC followed an alleged bomb threat on Monday.
Jamnagar Collector Saurabh Pardhi said a thorough search operation was conducted by National Security Guard (NSG), police and Bomb Disposal Squad (BDS) teams but nothing suspicious was found.
“A thorough search operation was conducted by NSG, police and BDS teams. Hand baggage and check-in baggage of passengers was also checked. The flight has been cleared (for takeoff), after formalities it will depart for its destination, Goa. It was a hoax call,” said the Jamnagar Collector.
Premsukh Delu, Jamnagar SP, said, “Around 9 pm, the district control received a call from ATC after which the district police and bomb disposal team reached the airport and launched a rescue operation. A total of 236 passengers and eight crew members were on the flight. After all the passengers and the crew members were evacuated they were checked thoroughly. The NSG team also reached on the spot.”
He further said that the flight landed around 9.50 pm on Monday and the search operation was carried out till 9 am on Tuesday.
“Passengers, plane and luggage were thoroughly checked. We have not found anything suspicious,” he added.
Jamnagar Airport director confirmed that the security agencies found nothing suspicious onboard the private flight.
Earlier, the security agencies cordoned off the airport for 9 hours.
They said all passengers were safely evacuated and escorted to the lounge inside the terminal building.