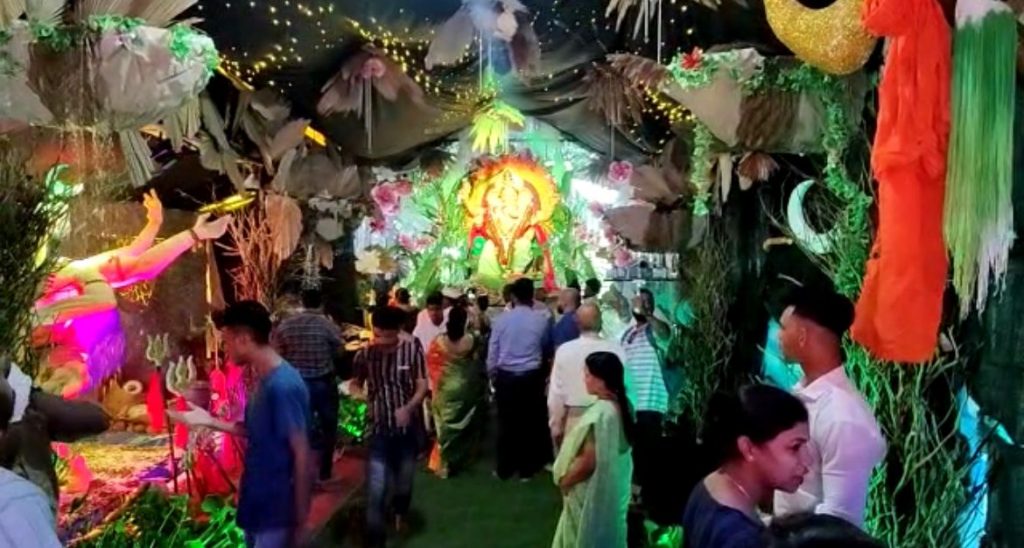 Goemkarponn desk
VASCO: After a low-scale celebration in the last two years, the Murgaoncha Raja Ganesh Mantap has certainly hogged the limelight during this Ganesh Chaturthi festival.
Devotees from across Goa have thronged in large numbers in the last few days to see a well-decorated Ganpati Mandap. The crowd is such that people have to wait for hours for darshan, and the rush is unmanageable during Aarti. The rush for mahaprasad in the afternoon and night was also huge.
Themed with artificial waterfalls, the beautiful Ganesh idol is at the centre with revolving idols of parents Shankar and Parvati. 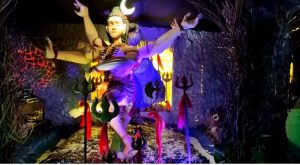 The Mandap has received appreciation from all devotees as it looks like a mythological film.
Another attraction of the Mandap is the entrance, as every devotee has to pass through an ankle-deep artificial water stream which ensures that the feet of the devotees are automatically cleaned and washed before they can go towards the Ganesh idol for darshan.
Suraj Chodankar said that the Murgaoncha Raja has received huge appreciation from the public and was considered the best by devotees in the Constituency.
He said many volunteers have assisted in helping with various works.
Umesh Mandrekar of Murgaoncha Raja Ganesh Mantap said that the enthusiasm in the members was high this year after the restriction was removed for public celebrations 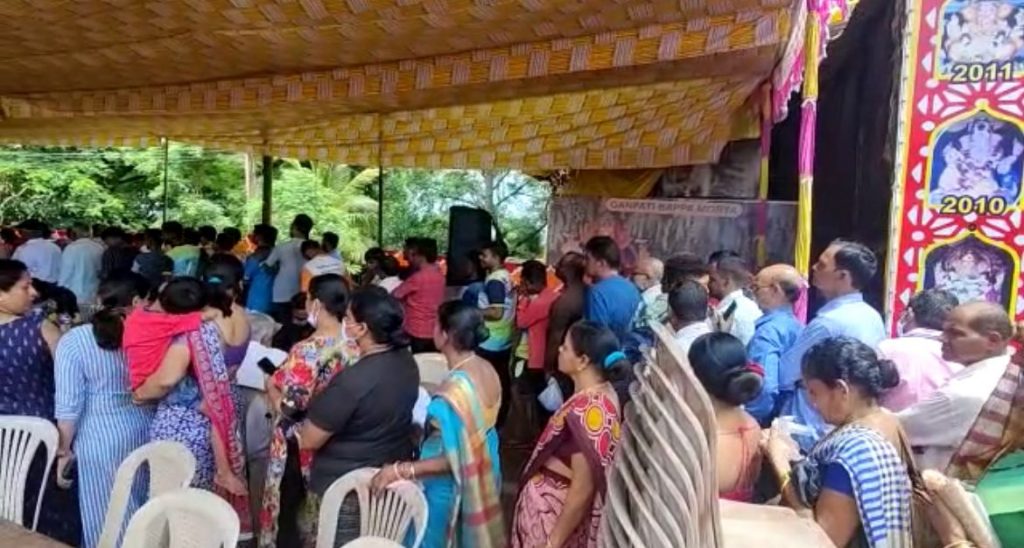