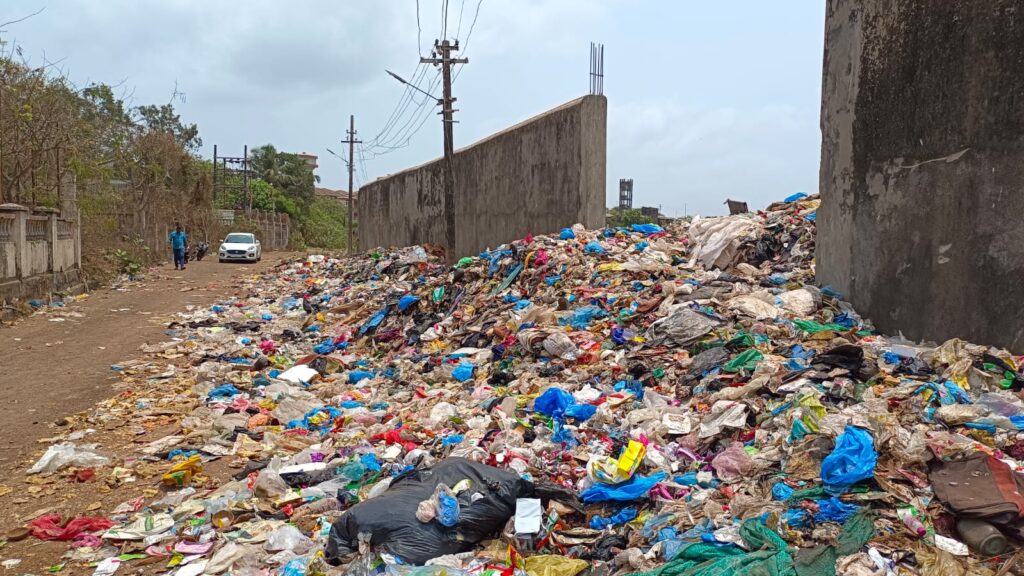 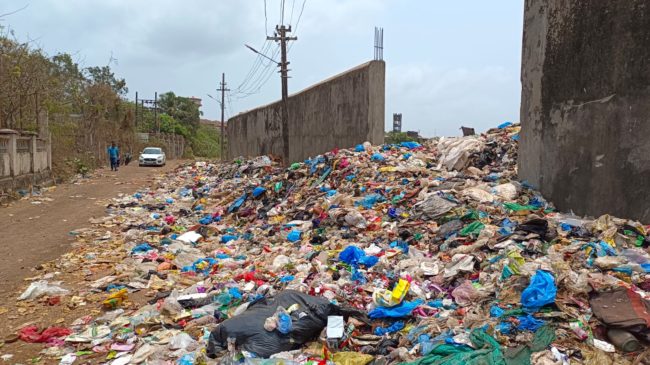 VASCO: Garbage menace has continued to haunt the locals of the Mormugao municipal area after the daily dumped garage waste has been allowed to overflow on the road next to the MPT hospital at Headland Sada for several months.
The Mormugao Municipal Council had played the role of a mute spectator when the pilling of solid waste continued to deposit outside the dumping site.
All is not well with the Mormugao municipality these days. The primary duty of the local municipality, which is to keep the surroundings neat and clean and scientific disposal of solid waste, has gone for the toss in Mormugao.
The hips of solid waste next to the MPT hospital is being seen piled up at the one-kilometre road stretch with no room for the commuters to move through this road.
It is observed that the very municipality is involved in dumping solid waste beyond the dumping site compound walls on the main road near MPT hospital, which is indeed a criminal act.
When a Goemkarponn reporter visited the waste dumping site at Headland Sada on Tuesday, it was observed that huge piles of solid mix waste were being dumped on the road next to the MPT hospital by the Mormugao municipality trucks. Around 60 stray dogs and other scavengers have turned hostile towards the person passing through this road stretch. The piled-up waste dumps are a testimony of the lackadaisical approach and the negligent attitude of the local governing body towards the garbage issue.
When contacted the Goa First NGO’s Parshuram Sonurlekar, he said that it is a criminal act by the Mormugao municipality to dump garbage on the road.
If such a thing is done by any individual, then a police case will be registered against him, and if the local governing body does such things, then action needs to be taken against the body.
He further said that this area is near the Airport and a naval area, and dumping the waste in this area without covering it may cause major problems for aviation.
The garbage needs to be treated properly and not piled up like that so that scavengers and vectors thrive on the waste, further leading to any epidemic diseases in the locality.
Efforts were made to contact Mormugao municipality Chairperson Damodar Kaskar to get his views on the matter, but he was unavailable for comments.