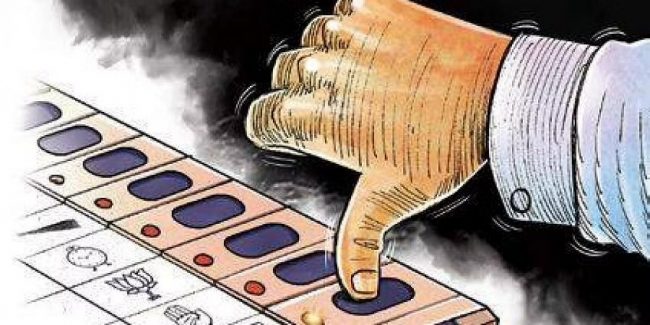 Goemkarponn desk
PANAJI: Chief Minister Pramod Sawant today said that his party is ready for the Panchayat elections and that there was no hidden motive behind delaying the elections.
“BJP is ready for Panchayat Elections; we had no hidden motive to delay elections, wanted it postponed due to the reservation issue so that there is no injustice done to the OBC community,” said CM Sawant.
He further said that his government wanted to make the reservation, so they had asked for extra time.
“When SC told us to take elections only after ‘triple test’ which couldn’t be done only by Director of Panchayat, we had to do it in consultation with OBC commission for which we required more time,” he added.
Sawant said that this reservation was for the only fact that there was no injustice done for OBC and that there was no other motive than this.
BJP State President Sadanand Tanavade said that BJP is always ready for polls, including Lok Sabha.
The High Court of Bombay at Goa Tuesday quashed the decision of the Goa government to postpone elections to 186 Village Panchayats in the state and directed it to issue a notification announcing the date of the polls within three days.
While the five-year tenure of some of the Panchayats had expired and was about to expire in others, the court directed the state government and the State Election Commission (SEC) to ensure that the elections were held and completed in “no later than 45 days”.

Goemkarponn desk PANAJI: Chief Minister Pramod Sawant informed the house that the Siddhi Naik case is still under investigation and it would not be appropriate ... Read More

Police leave the interstate vehicles to fend for themselves after breakdowns

Goemkarponn desk CANACONA: With no clarity on what role police should play if a vehicle breaks down in the middle of the road, the vehicles ... Read More