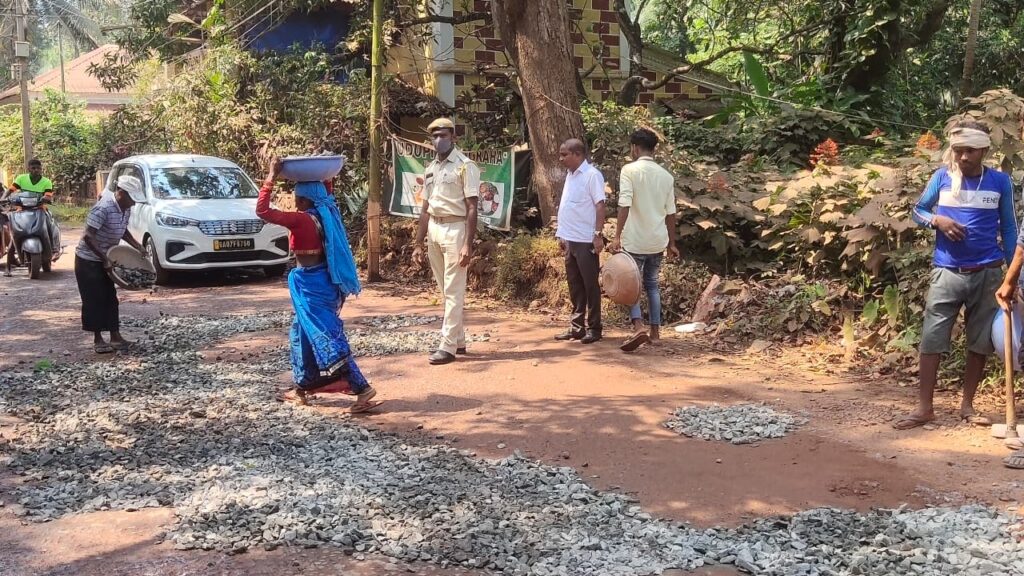 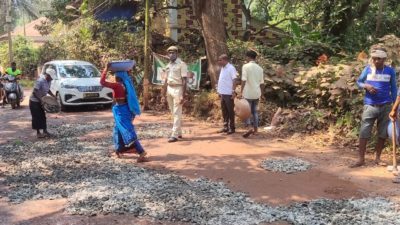 Goemakrponn desk
PANAJI: The Chief Minister earlier this month assured the people of Goa that the roads would be repaired before November 1.
Now that the monsoon has ended, not a single pothole should be visible on the roads in the state from November 1, chief minister Pramod Sawant told officials of the public works department (PWD).
“I know there has been heavy rainfall this year. But from November 1, no potholes should be there. We must take this upon ourselves,” Sawant said.
Subsequently, the repair work has already begun in most parts of the State, but shockingly, it is just patchwork, and there is no sign of hot-mixing anywhere.
This has disappointed the citizens, who said that the Chief Minister always finds a way to fool the people.
When contacted, a PWD official said that the orders were for road repairs and not hot-mixing.
“For hot-mixing entire roads in Goa, both State highways and MDR roads, would require a finance of not less than Rs 500 cr,” said an official on condition of anonymity.
He said that the contractors are not ready to take contracts due to old GSR rates.
“The cost of material has gone up, and the GSR rates are of 2017-18,” he said.
Another official said the patchwork of roads is also a huge scam.
“Most of the works have been given to M/s Assmas Construction, who are just filling the potholes and doing patchwork,” he said.
PWD Minister Deepak Pauskar said that his department was speeding up fixing roads to meet the deadline of November 1 set by Chief Minister Pramod Sawant.
“Wherever roads are really bad, we have added rubber soles and laid a hotmix carpet on it. We have started four hot mix and drum mix plants already. We will start more in the coming days,” Pauskar further said.
“By November 1, roads will be repaired and Goans will get good roads,” he also said.
People have taken to social media to vent their anger.
A Porvorim local Louise Fernandes wrote, “Patch up work in Porvorim as well. Amazing to see what is supposed to be a national highway being fixed with a patch of tar and gravel. Two months down the road, we’ll be back in the same State.”
Another netizen Brijesh Chandrakant Shirodkar, wrote, “This creamy layer will be washed soon after the election”.
Ramesh Shirodkar says, “don’t put 3rd class quality material just for namesake.”
Oswald Rebello says, “All time pass job. Waste of money.”
Sanish Simepurushkar wrote, “This roads will last till election 4 months validity”.
“The patchwork is more dangerous to two-wheelers than the potholes due to uneven surface and often causes an accident,” said one Ashish Naik.