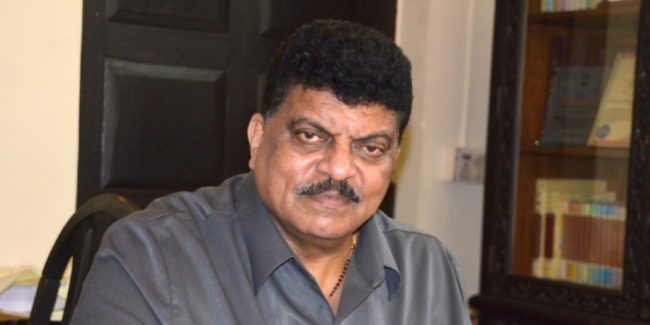 Goemkarponn desk
Benaulim: Nationalist Congress Party (NCP) MLA Churchill Alemao on Monday said that his constituency does not have water shortage problem and the opponents are trying to make a mountain out of a molehill.
Addressing a press conference over the water shortage issue, Alemao said said that there are no water shortage issues in his constituency.
“I along with PWD officials visited the entire constituency to examine the ground reality of water supply. It was noticed that only one ward has pressure problem and the same was addressed immediately,” he said.
Alemao says he has spoken to the PWD minister who has directed his officers to resolve the issues immediately.
“The opposition are simply trying to make a mountain out of a molehill and defame me,” Alemao charged.
Speaking about the allegations by AAP, he said, nobody brought the issue to his notice neither panchayat or people.
“As soon as I came to know I acted immediately. The problem is due to JICA line coming from Selaulim, which has to be interconnected near Taj. The issue would be sorted soon. I know how important water is,” Alemao said.