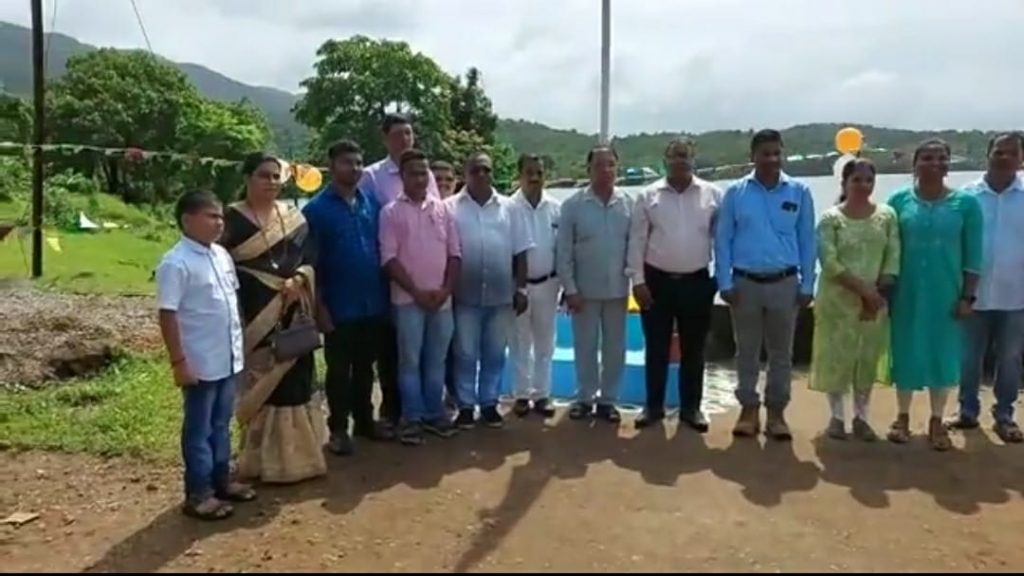 Goemkarponn desk
CANACONA – Stating India ranks only behind China and USA, Minister for WRD, Co-operation and Provedoria Subhash Shirodkar called on the citizens to make the country prosperous by eradicating the ‘Garibi’ of each and every family.
Minister Shirodkar was speaking after hoisting the Tri-color and taking the guard of honour at the 76th Independence Day ‘Azadi ka Amrit Mahotsav ‘ at Canacona on Monday.
‘Har Ghar Tirangaa campaign has not only inspired nations’ patriotism all over the country, but it has taken the world by storm as Indians living in other countries have followed the campaign for the last 3-5 days. PM given Jal Shakti Abhiyan in 2019 has improved our nation’s welfare as water plays an important and critical role in a nation’s prosperity. Dams like Selaulim and Chapoli (in Canacona) have increased prosperity. On the radar of a prosperous nation, our country is ranked third only behind China and USA. We have taken giant leaps in Roads, Water and Electricity to the extent of near about 100%’.
Speaking further, Shirodkar, let’s keep our only aim to make India Prosperous, and to achieve this, there can’t be single-family poor in the society.
“The elected representatives, Social workers, Educated masses, and Government Servants should timelessly ensure that there is no person or family in their neighbourhood, their Ward, their village and their Taluka who is/are poor and should immediately take the initiative as to how the particular person/family can be helped to improve their living,” he said.
Shirodkar further stated his love for education began at an early age; he has got another hobby, planting at least 1000-1500 saplings every year in his individual capacity.
Canacona municipal council Chairperson Simon Rebello, Dy Chairperson Laxuman Pagui, Dy. Collector Ramesh Gaonkar, Mamlatdar Manoj Korgaonkar, Health Officer Dr Sneha Amonkar, besides councillors, different departmental heads in the taluka, and others were present for the Azadi Ka Amrit Mahotsav at Dy. Collectorate, Canacona.
Also present was wife (Pushpa)of Freedom Fighter Babuso Kankonkar, and different schools teachers and students were present.
Later, students of Shree Mallikarjun Vidyalaya, St. Thereza of Jesus High School, Katiyani Baneshwar Vidyalaya, Govt Higher Secondary, JNV, presented the cultural program and patriotic songs.
A well-known social activist Shirish Pai compeered the function.
Later, Minister Shirodkar visited Chapoli dam, hoisted the tricolour, and took the salute along the Dam’s parapet in the presence of Dy. Collector Ramesh Tawadkar and WRD Officers.
In the meanwhile, CMC Chairperson Simon Rebello hoisted the tricolour to mark the 76th Independence day and took the salute in the presence of all the councillors. Incidentally, flag hoisting was organised at the same location where the Portuguese-era Camara was demolished, and construction of a new building is in progress. As per agreement amongst the ruling councillors, Rebello is likely to resign on Tuesday to make way for the new incumbent Ramakant Naikgaunkar.