One arrested for criminal breach of trust by Pernem Police 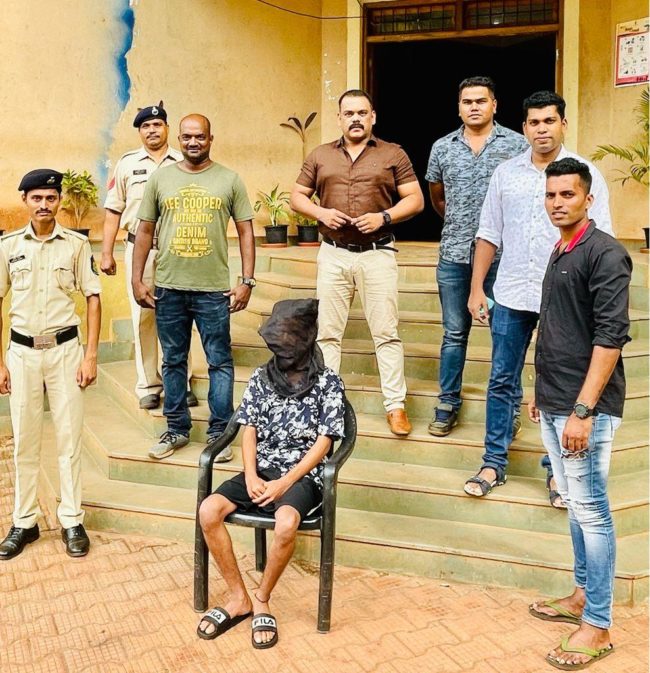 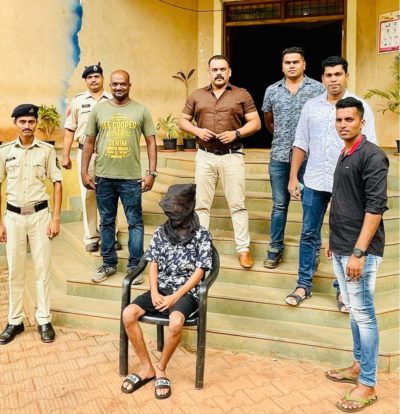 PERNEM: Pernem Police has arrested one person for criminal breach of trust.

FIR was lodged against one person wherein complainant Saiteja Chiranjeevi s/o Satyanarayan Dommeti r/o Kasvanahalli, Bangalore, Karnataka who was staying in Red Monkey Hotel at Ashwem Road Morjim had given Apple Macbook Pro Laptop to his roommate for use.

However, the said roommate left the hotel when complainant went in the washroom. Pernem Police Station immediately registered an offence vide Cr. No. 114/2021 u/s 406 IPC and investigation was taken up.

During the course of investigation collected the detail of accused person along with his mobile number and his mobile number was kept under surveillance. The accused had kept his mobile off and was moving around changing his place of stay.

However, today, the accused mobile was on and his locaton was found at Candolim Bardez. Immediately a team was formed and successfully arrested the accused in Hotel at Candolim. The accused is identified as Rohit Laxman Gayake r/o Shivajinagar, Shirur Kasar Road, Beed, Pune Maharashtra.

During the interrogation the accused confessed having committed the said crime and informed that he has sold the said Laptop at Computer Shop at Panaji. Accoridngly, the said shop was raided and Laptop make Apple Macbook Pro Laptop W/Rs 1,34,990/- was recovered.

The accused person was staying in Goa for last one month in different hotels. Interrogation are on if he has committed similar offences in Goa.