One arrested for house breaking and theft by Porvorim Police; all stolen property recovered 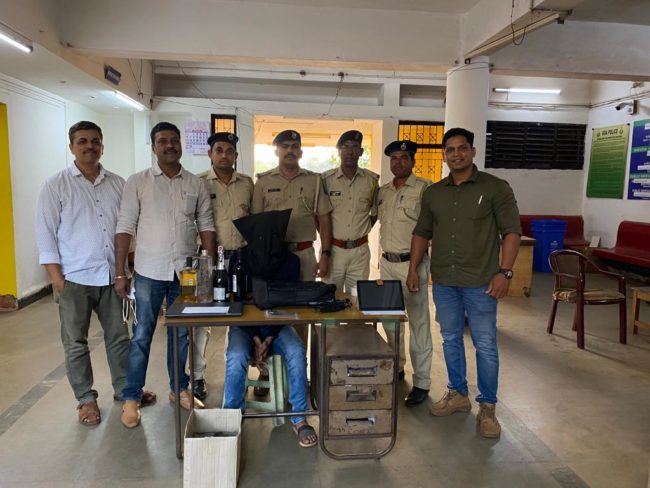 PORVORIM: Porvorim Police have arrested one accused person for committing theft of laptop, iPad, smart watch and liquor bottles from a residence of a journalist at Porvorim.

As per PI Anant Gaonkar a complaint was received from Mr. N. Venkateshwaran, journalist by occupation complaining that on 21/02/2022 unknown person had broke opened the lock of his apartment in Devashri Garden, Sucoor, Bardez Goa and further committed theft of his DELL laptop, Lenovo pad, Amazefit smart watch and various liquor bottles.

He has been placed under arrest under section 454, 457, 380 IPC and is currently under police custody.

Further investigation is in progress under the supervision of SP North Shri. Shobit Saxena, IPS.