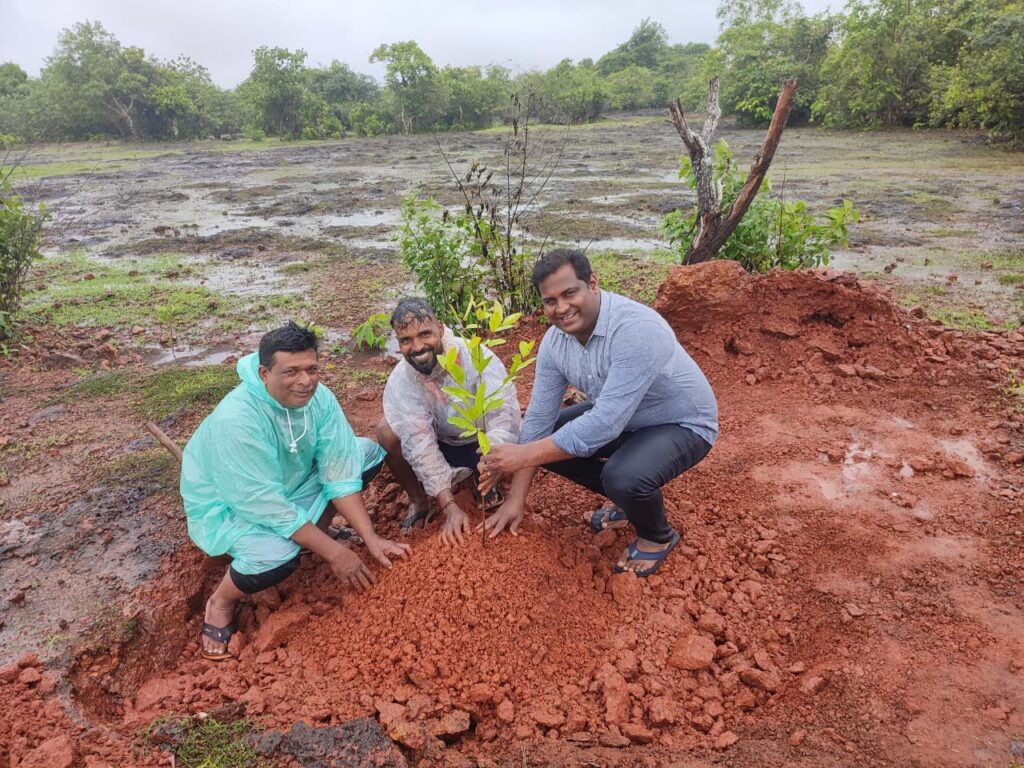 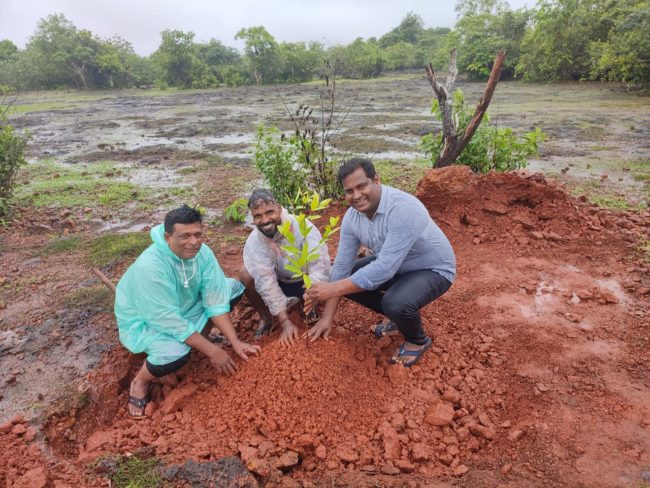 CANACONA: Not every panchayat may have got this honor, but Loliem-Polem is the only panchayat atleast in Canacona taluka which had its full working day on Sunday, the last day of the panchayat term.

Incidentally, since 1992 Loliem -Polem village panchayat has began its weeks operational practice to work on Sunday’s and instead avail Friday as weekly-off terming it to facilitate as a win-win situation for public as well as panchayat staff. Since than the Loliem-Polem is the only panchayat in Canacona and perhaps amongst a very few Panchayat’s in the State which works on Sunday’s.

This way people particularly locals/ residents who are otherwise engaged/busy in their during the whole working week, can avail or get their works done from Panchayat.

With the presence of panchayat secretary and other staff, Sarpanch Sachin Naik attended the office issuing permissible permits, NOCs and others office related works.

Sarpanch Naik alongwith Panch members and others planted near about 50 fruit bearing and flowering plants at Madditolop area on the last day of the panchayat. Panch Ajay Lolienkar, Nishant Prabhudessai and others also cooperated with the sarpanch to hold this unannounced Vanamahostav in the village on Sunday.

Interestingly, according to sources, it was during 1991-96 panchayat term, the Loliem -Polem panchayat headed by Mohandas Lolienkar had decided to introduce the change in weekly off instead of customary Sunday as lots of people were habitually complaining of inability to get their works done as they too are working on week days while panchayat remains locked/closed when they (people) are off on Sunday’s.

Some members of panchayat as also public and directorate of Panchayat too opposed the idea, but Mohandas Lolienkar and his rulling panchas stood firm in their resolve to facilitate people’s, cited a circular issue by than collectorate that local bodies should facilitate and work as per the needs and requirements of the people. Besides, suggesting weekly off on Friday, than panchayat justified even the secretary/staff can be benefited by the decision and also Friday and Second Saturday (holiday for panchayat) as good as second Saturday and Sunday.

Aptly supported by most Panch’s, Loliem-Polem panchayat from 1992 began to follow the new weekly off system, of following Friday as weekly-off and Sunday a working day.
This proceedure has come handy to Loliem-Polem Sarpanch to function on the last day of his and Panchayat’s tenure even though the last day is a Sunday.