PEOPLE ARE SUPREME IN DEMOCRACY: PILLAI 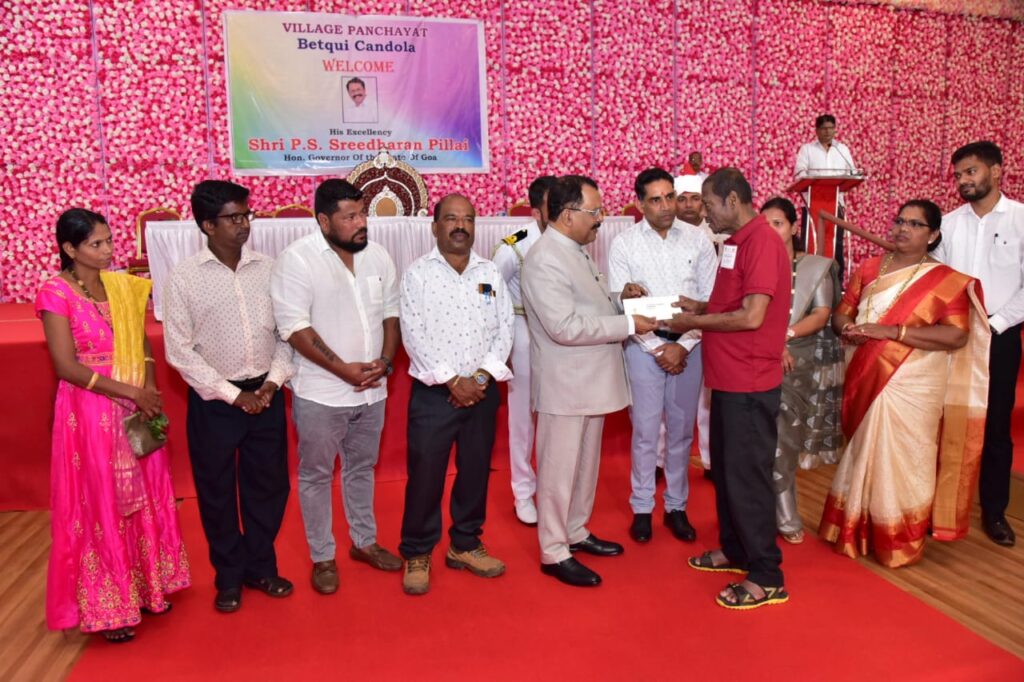 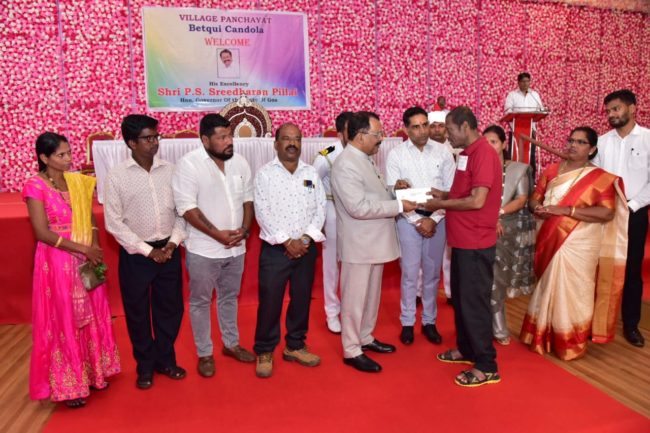 PONDA: “People are supreme in Democracy, and I am very happy to fulfil the duty of serving the people of Goa,” stated Governor P.S. Sreedharan Pillai today after interacting with Sarpanchas and members of Village Panchayats of Betki-Khandola, Vere-Vagurme, Volvoi, Querim, Tivrem- Orgaon, Bhoma-Adcolan and Veling-Priol as a part of “Goa Swayampurna Yatra” at a function organised at Big Bee Hall, Betki-Khandola.
Governor disbursed financial assistance of Rs. 25000/- each to 20 Dialysis patients of Ponda taluka on occasion.
The Governor called upon the people to focus on developing villages first – only self-reliant villages will make Goa fully developed. The real-life of people are seen in villages. He added that Mahatma Gandhiji said self-reliant villages would make India fully developed; one can see hard work, commitment to the Society, and enthusiasm.
Dilip Naik, Sarpanch Betki- Khandola raised the issue of saline water entering the field, burning issues related to transfer of Communidade land to the villagers, additional funds for the development of Villages and restoration of octroi, among other issues were raised by Sarpanches and members before Governor.
Governor assured the local elected representatives of full assistance in their future endeavours after the sarpanches presented a brief report of the development activities in their areas.
Earlier Governor of Goa, P.S. Sreedharan Pillai, visited Shree Shree Ganesh temple at Khandala and invoked the deity’s blessings.
Goa is a beautiful beach destination and is an internationally famous tourist destination Pillai said and suggested that Goa has beautiful villages and also has historic temples. He appealed to also focus on this niche tourism area. “Our young and dynamic Minister for Art and Culture, Shri Govind Gaude ji will carry out initiatives towards this new unexplored opportunity,” he remarked.
The Governor was received by Minister for Sports, Govind Gaude and President of Shree Ganesh Temple, Shri Shri Pritam Khandeparkar, who briefed the Governor and other dignitaries about the history of the temple.
Mementoes were also presented to the Governor by the President of Shree Ganesh Temple, Shri Shri Pritam Khandeparkar.
Later, Governor Shri P.S. Sreedharan Pillai visited Shree Devaki Krishna Temple at Marcel and invoked the blessings of the deity.