Pernem Police detect temple theft within one week. Arrest one person from Maharashtra 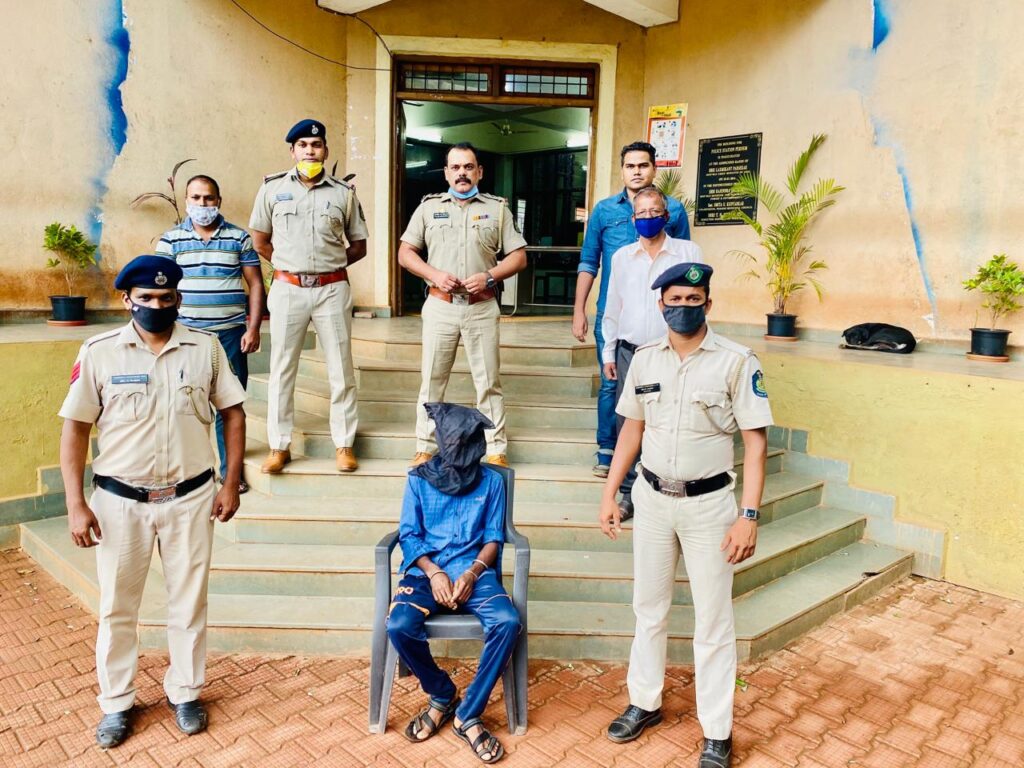 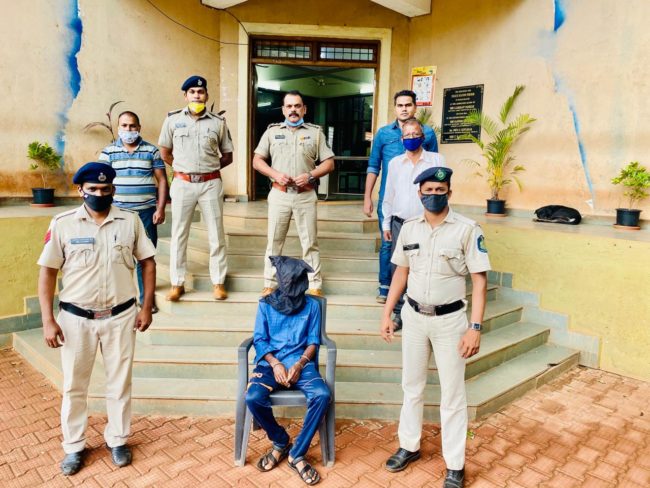 PERNEM: The committee of Ravalnath Panchayatan Temple of Virnoda Pernem Goa had filed a complaint that on 13/06/2021 theft took place in the temple. Accordingly Pernem Police visited the temple and conducted the detail investigation of the scene of offence wherein services of Dog squad and finger print expert were present and notice that accused person effected the entry from small window passage from rear side of the temple and committed theft of cash of Rs. 3,000/- from donation box.

PI Dalvi further informed that they got a CCTV footage of accused committing theft wearing mask with covered face.

Different team were form to trace the accused person, help of villagers were also taken & finally the accused person was traced who was staying near Naibag Pernem and he was interrogated. He confessed of committing the theft.