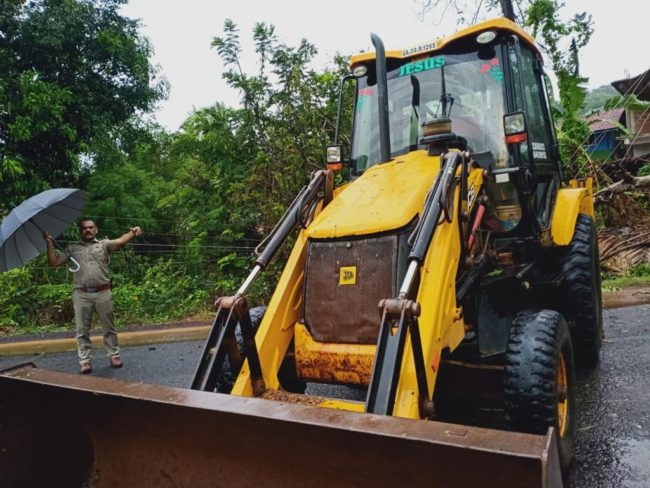 PERNEM: Pernem police alongwith fire station staff successfully controlled the damage caused due to Cyclone Tauktae.
Since morning several calls were received by Pernem Police station regarding uprooting of trees causing traffic blockade at various important raods, waterlogging on Shirgal Dhargal road, branches and trees falling on houses.
PI Jivba Dalvi of Pernem Police Station along with his team was in action from 8 am morning.
He and his team with the assistance of Pernem Fire station staff cleared most of trees fallen on road in Arambol, Korgao, Mandrem, Tuem area.

There was one instance where information was received that three huge trees has fallen on national highway at Ugvem-Pernem and is obstructing the smooth flow of traffic which also included vehicles carrying Oxygen and other essential medical goods.

As all the Fires station staff were busy clearing the trees at Arambol area, sensing the Urgency, PI Jivba Dalvi alongwith his team rushed to Ugvem and self-arranged one JCB Machine and cleared the trees from the highway. Situation presently under control