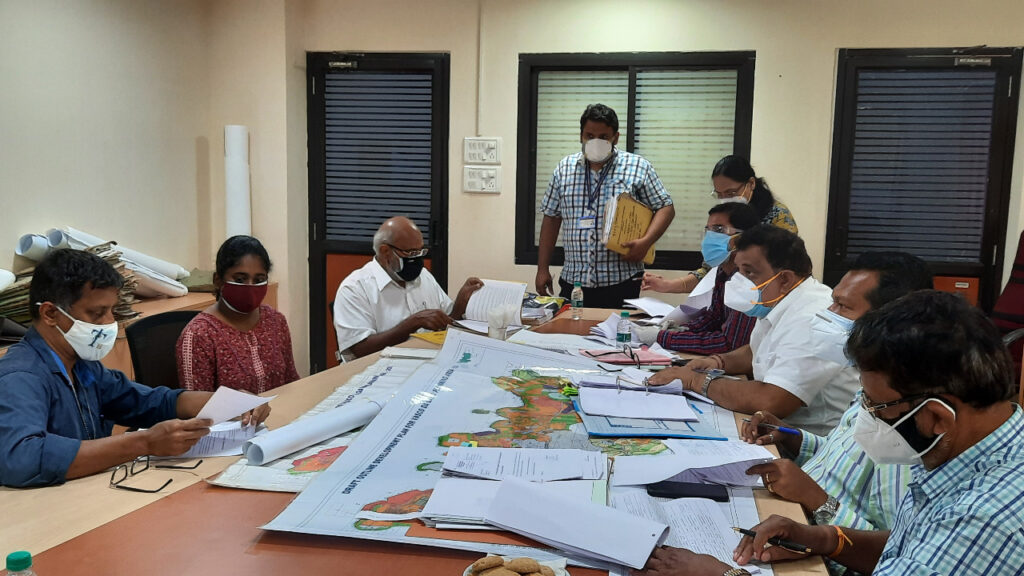 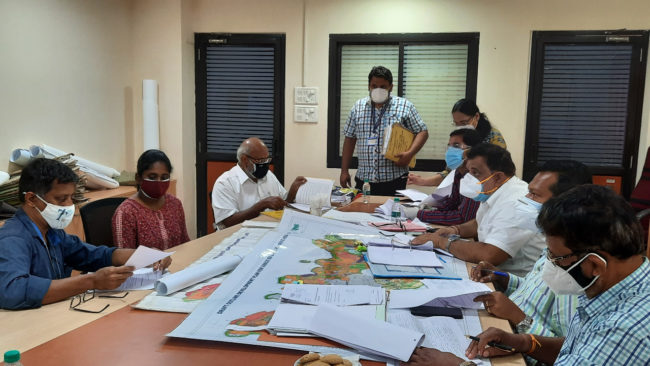 Goemkarponn desk
VASCO: The personal hearing of the Chicalim villagers with the member Secretary of the MPDA and his members over draft Outline Development Plan (ODP) remained inconclusive due to lack of time.

A marathon hearing of five hours could not be concluded due to non-availability of necessary documents and data which the villagers sought from the authority for their convenience and study.

The sub-committee had invited the Chicalim villagers to consider the objections received on the draft ODP-203 for Vasco Planning Area prepared by the Mormugao Planning and Development Authority and notified in the Official Gazette on 28/01/2021.

Over a thousand villagers from Chicalim, Dabolim and St. Jacinto have submitted objections to this draft ODP because the said plan is erroneous, not reflecting the ground reality and detrimental to the welfare and development of the villagers. They had raised apprehension that by for personal hearing on the draft Outline Development Plan 2030 (ODP 2030) under review by the planning authority.

The villagers fear that the present Draft ODP 2030 does not bear any semblance of planning. On the contrary, it exposes itself as a massive sham prepared without any logical development norms seemingly to satisfy the greed and appetite of a selected few.

Hundreds of villagers from Chicalim have signed petitions to the Member secretary of the MPDA objecting to the proposed Draft ODP for Vasco Planning Area. Some villagers have gone to the extent of threatening legal action against the authority and the Member Secretary, MPDA, in his capacity.

Then followed the hearing for the Chicalim Villagers. Due to Covid protocol, the group was divided into three batches. The first batch was led by Dr. Bolmax Pereira and Mr. Edwin Mascarenhas and further comprised Youth Leader, Ms. Valerie Afonso, and Mr. Darell D’Souza.

Mr. Edwin Mascarenhas, a local villager and an expert on ODPs and the regional plans, questioned the rational in revising the ODP 2026 before the completion of its valid period. He has raised doubts on the validity of the Land Use plan (LUP) and the Land Use Register (LUR) prepared for ODP 2026.

He pointed out that no projections are made available neither any studies available towards carrying capacities in terms of requirement of drinking water, fresh clean air, sewage, population, food, roads, infrastructure, electricity, garbage management, pollution load, etc draft ODP 2030.

Cyril Fernandes sought from the MPDA copy of data relied upon and analysed to arrive at in preparing the ODP 2026 and draft new ODP 2030, details of planning norms and methodology followed for ODP 2026 and draft ODP 2030, and the projections towards carrying capacity studies towards requirement of drinking water, fresh clean air, sewage, population, food, roads, infrastructure, electricity, garbage management, pollution load, etc.

The third batch was led by Mr. Rui Costa Araujo, Chairperson of the Chicalim BMC and ex-Sarpanch Pratap Mardolkar and also had Sanjay Mhalsekhar and Cosme Araujo as members. The BMC chairperson highlighted the heritage aspect of the village and presented the validated copy of the People’s Biodiversity Register and requested the planning authority to incorporate all the heritage sites of the village into the draft ODP

It was later known that the discussion with the second batch led by Cyril Fernandes remained inconclusive with Mr. Fernandes demanding information from the Authority that the authority could not provide off hand. The Member secretary and his other members sought time to submit the information sought by Mr. Fernandes. Mr. Fernandes claimed that unless the data is known, the pros and cons of the planning cannot be appreciated or denounced.

Cyril Fernandes further pointed out that the draft ODP 2030 is not in accordance with the Guidelines and CRZ laws of the land. The High Tide Line (HTL), the Hazard Line and the No Development Zone (NDZ) is not marked on the draft ODP 2030.

He also pointed out that the authority had missed marking the private forest areas as identified by the State level expert committee (Thomas and Araujo committee) and demanded that every such area be adequately marked and shown.

The personal hearing for the Chicalim villagers was thus kept in abeyance till such time the demanded information and relevant data used to prepare the Draft ODP 2030 is handed over to them for their convenience and consideration.