Political equations in Sattari depends on the role of Pratapsingh Rane 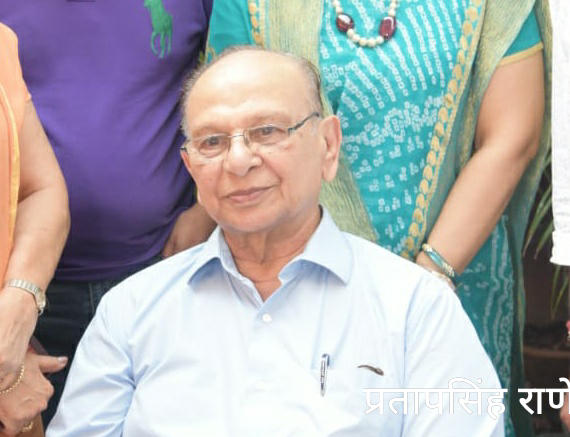 Goemkarponn desk
VALPOI: With the Assembly elections just months away, the drums of assembly elections have already started beating everywhere in the State and Sattari taluka is no different.
Hectic lobbying has already started for tickets of various national and regional parties.
However, the questions remain who will have the upper hand in Sattari taluka.
Another major question remains: will the former Chief Minister and current MLA Pratapsingh Rane, the longest-serving MLA of Goa Legislative Assembly, contest this election?

There is curiosity about this. Many kinds of political equations depend on the decision he takes in Sattari.

If he decides to quit, then the contest is wide open, but if he throws his hat in the ring yet again, it could be challenging to the ruling BJP in the Sattari.

With his experience and popularity, many feel he could steer the Congress in Sattari if he contests from Portiem again on Congress ticket.

Before Vishwajeet Rane came into politics, Pratapsingh Rane had complete dominance over Poriem, Valpoi and Sattari taluka.
Even while leading the Poriem constituency, Pratapsingh Rane would decide the MLA of Valpoi constituency.
Today, after his son joined politics, the situation has completely changed.
Moreover, his move to join BJP in 2017 has further complicated the equations in Sattari.
Now, if senior Rane decides to contest again, the question arises which party? As he has said earlier, he wouldn’t want to ditch Congress at the fag end of his career.
Also, his son Vishwajit is a contender for the CM’s chair post-2022 elections. If he contests on the Congress party, one cannot rule out the possibility of crisis for Vishwajit Rane.
His supporters claim that Pratapsingh Rane, who has always opposed the BJP, will never don the saffron color.
Another question is if Rane decides not to contest, who will be the next candidate? Vishwajit Rane’s wife? People ask.
Today, the BJP has the upper hand over all the panchayats in the constituency.
After Vishwajit Rane joined the BJP, the Panchayat bodies of the Congress party were transformed into the BJP.
After defeating the Congress party in the Zilla Panchayat elections, all the Zilla Panchayat candidates of the BJP were elected with a huge majority.
Will this destroy the existence of the Congress party in these constituencies?
What is more interesting is that if Pratapsingh Rane decides to contest the elections on Congress party ticket, it will pose a huge challenge to the BJP even when it is in power in Goa.
Being an 82-year old, itwill be a little challenging to fight elections and work actively for the people. But the people of this constituency have shown complete confidence in him.
Meanwhile, if Pratapsingh Rane decides to contest the elections on behalf of the Congress party, voters are starting to ask who the BJP candidate would be.
It is learned that Vishwajeet Krishnarao Rane from Saleli, who is contesting from BJP in the last two elections, has already started his movement.