Political parties request ECI not to impose a code of conduct during X’Mas, New year celebrations 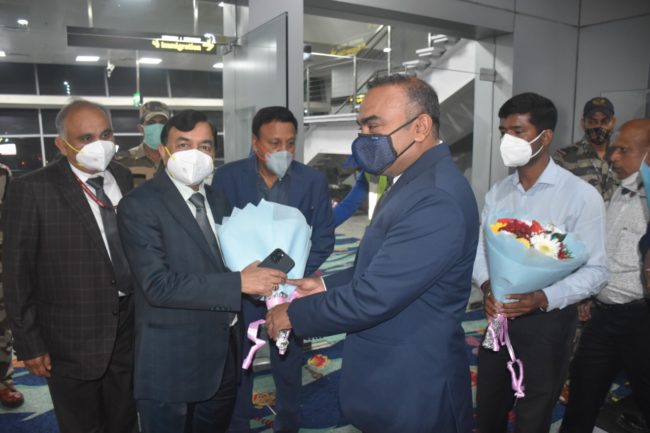 Goemkarponn desk
PANAJI: Today, political parties have requested the Election Commission of India (ECI) high-level team not to declare elections during the festive season of Christmas and New Year.
ECI team held a meeting with Chief Election Officer (CEO) and police nodal officer, Enforcement Department and political party representatives.
“Political parties have requested ECI team not to declare elections during the festive season of Christmas and New Year,” said GFP Leader Durgadas Kamat speaking to reporters after the ECI meet
As per information, BJP President Sadanand Shet Tanavade urged the ECI election date should not coincide with any public holiday or religious events.
Other opposition parties like the MGP, TMC raise large-scale job recruitment in the government departments.
Political opponents also urged ECI to ensure no misuse of government machinery and a level playing field for all.
Sources also claimed that MGP raised the issue of state government recruitments ahead of the 2022 assembly elections and informed the team on the ground reality.
On December 22, the meetings will be with State government representatives, including the Chief Secretary, Home Secretary, Director General of Police and others, to oversee the preparations for the polls.
As per the ECI schedule, the term of the existing State government ends on March 15, 2022, and as such, the new government has to be sworn in before that.
The CEC will also launch the Systematic Voters’ Education and Electoral Participation (SVEEP) initiative, ECI voters guide, and various other IT modes implemented during the elections process.

Goemkarponn desk PANAJI: In a major jolt to the Goa Congress unit ahead of the 2022 elections, a veteran leader and sitting Navelim MLA  Luizinho ... Read More

Take any route but restart mining at the earliest: GMPF

Intra-Circle Facility activated across Goa due to disruption caused due to Cyclone Tauktae: CM