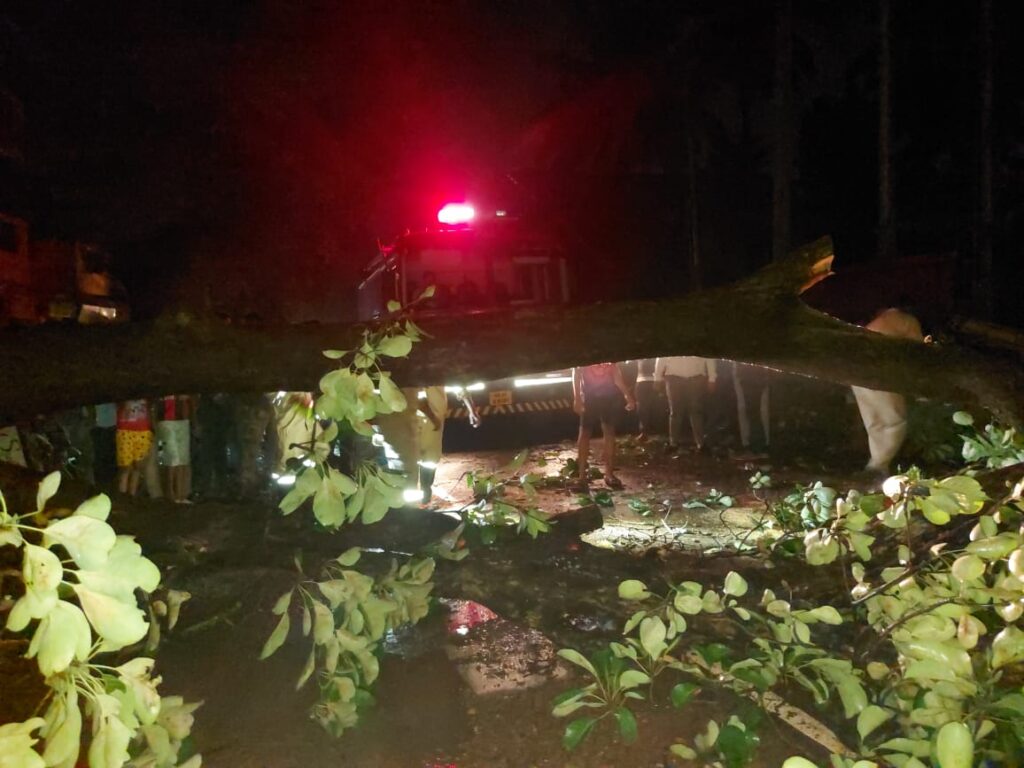 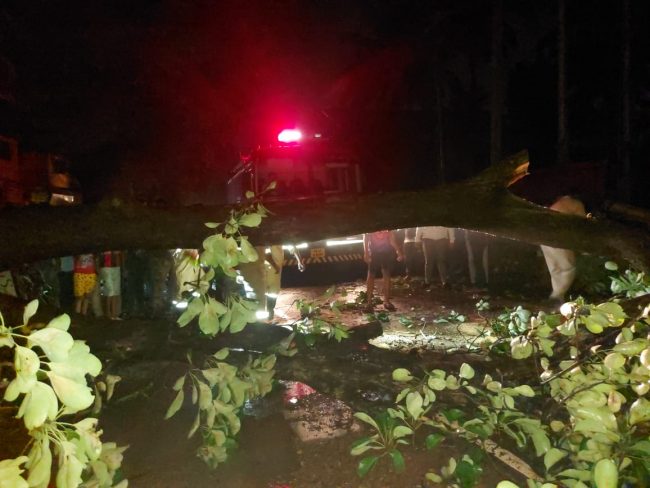 Goemkarponn desk
PONDA: Ponda locals have demanded the Disaster Management team inspect and cut dangerous roadside age-old trees before they fall and cause loss to property and lives.
Viraj Sapre, a social worker at Ponda, said that if the Fire Personnel team finally cut the trees after they fell, why not cut before they caused the disaster?
He said there are several roadside age-old trees, and as the roots of some of the trees are rotten, they are falling on the road causing loss of property and risk to lives.
Recently Manish Kumar (35), residing in rented premises near Goa Dairy, was seriously injured in a tree collapse incident at Curti.
The incident occurred around 8.15 pm today when he was proceeding on his Activa scooter from Curti. Suddenly a huge tree came down, crashing on the road. Manish Kumar was injured as one branch fell on him and his bike. Following this, the locals shifted him to Sub District Hospital Ponda and then to GMC.
It is learnt that he received serious head injuries and undergoing treatment at GMC.
Sapre said not only dangerous trees are leaning on roads but also on people’s houses.
He said if Fire personnel can cut trees after causing damage to house property and electric lines, why can’t they can cut before they fall on roads and houses.
Such dangerous trees should be identified by disaster teams to save lives and property loss.