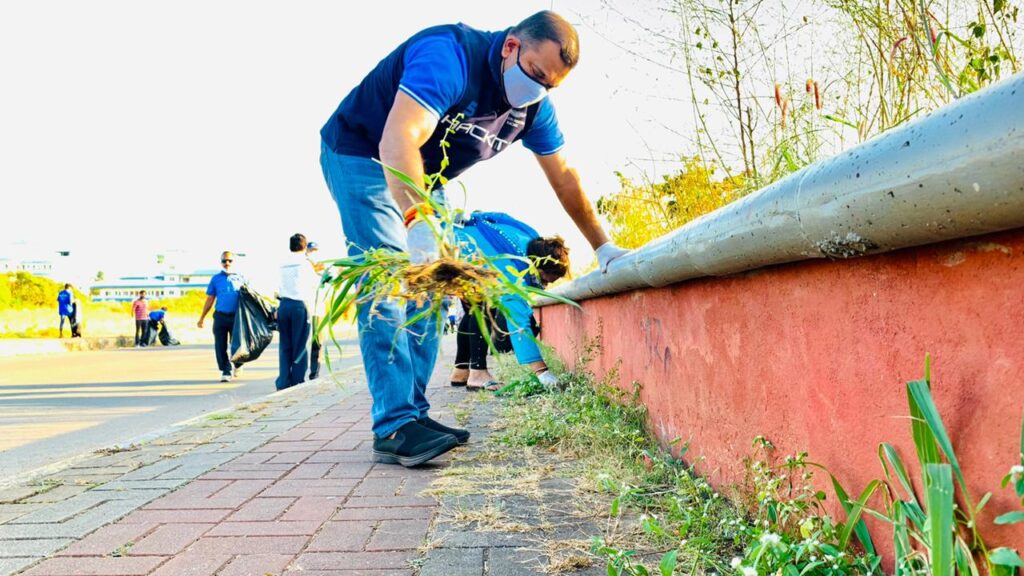 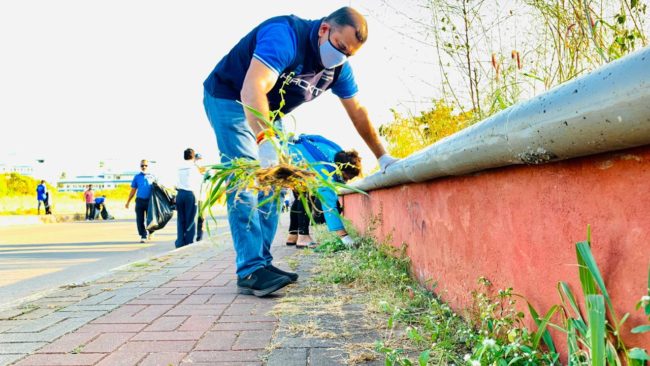 Porvorim: Independent MLA Rohan Khaunte led the cleanliness campaign launched by Porvorim Rising under “Clean & Green Porvorim” to clean the shrubs and other garbage on the service road in the constituency, running parallel to the national highway.

The service road which connects Porvorim to the main road is also used for recreational purpose by locals of all age group, specially senior citizens who spend their evenings on this stretch.

Grown up shrubs and filth created by some miscreants, who use this road for liquor parties, had spoilt the place after which Khaunte-led Porvorim Rising decided to take up the cleanliness in association with Pehna de France Panchayat.

A senior citizen and former Pehna de France Sarpanch Gurudas Vernekar said that drive was initiated after Govt agencies refused to respond to the complaints.

Speaking during the drive, Khaunte said the Porvorim Rising and the panchayat along with locals have been working for the inclusive model for the development of the constituency.

He said that the facilities that are created in the constituency need to be maintained so that they can properly used by the locals.

Khaunte said that the service road, which is iconic to the constituency, should not be misused but unfortunately some miscreants are indulging in the destruction of monuments which were installed on this road.

“People have to act more responsibly. People who come here should take back the garbage that is created by them and dispose it off properly rather than littering the place,” he said.

Khaunte said that blame games between the Electricity Dept & GSIDC has hampered the lighting of the streetlights along the service road.We have to plead to the depts, if there is any issue with the street light here. The service road is inconsistently lit.

He said that he had taken up the issue with Power Minister Nilesh Cabral who had agreed to upkeep the street lights if panchayats agree to increase the cess paid to them. Khaunte said that the panchayats have agreed to pay the cess but even after that, the issue continues.