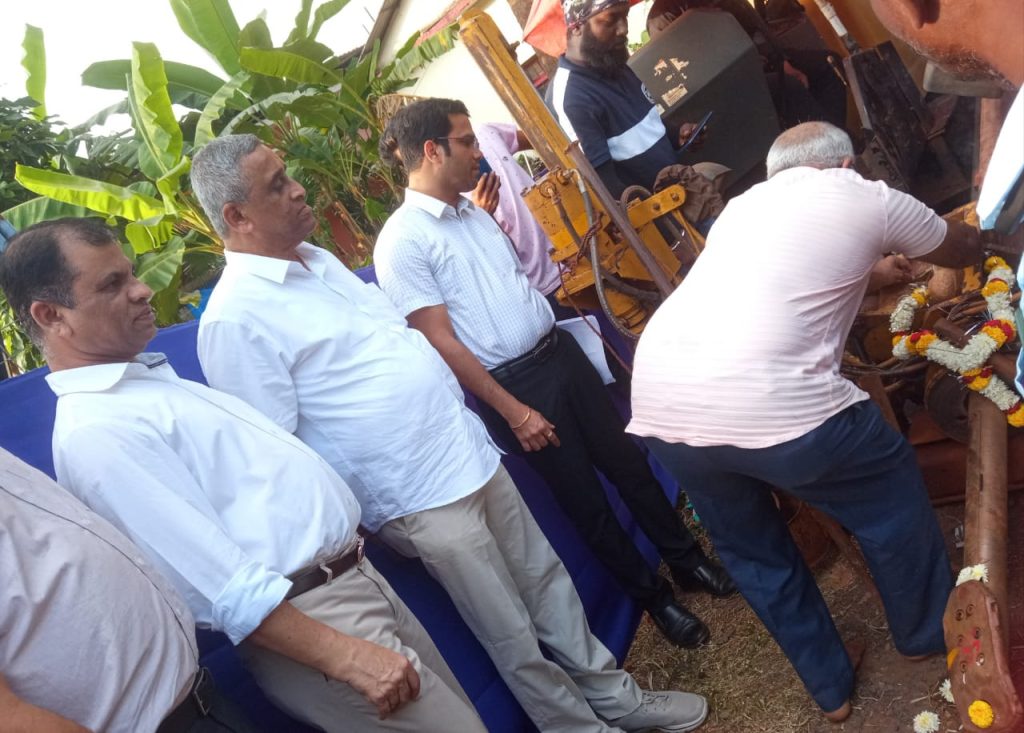 Goemkarponn desk
BICHOLIM:: Emphasizing the importance of green energy, Power Minister Sudin Dhavalikar urged Goans to prioritise the usage of solar-powered equipment over conventional ones.
Power Minister was speaking at the occasion of laying the foundation stone of 11kV high tension electricity underground cabling work at Bicholim.
Mentioning that the Department of Electricity undertook the developmental works of almost 350 crores within less than a year of the new government formation, Dhavlikar said, “I thank Chief Minister Dr Pramod Sawant for giving the financial approval to carry out these projects, without which it wouldn’t have been possible”.
Adding further, he informed that this major project of overhead to underground system conversion is Rs 32 crore worth.
Addressing the function with a welcome speech, Chief Electrical Engineer Stephan Fernandes briefed about the necessity of underground cabling conversion. He urged people to support the Electricity staff to complete this work within a planned period of six months. “Laying underground cabling is not an easy task. I request people to tolerate the noise and the that might enter and accumulate in the houses while carrying out this work of development”, he added.
Fernandes further informed that the stretch of 45 km via several areas, such as Lamgao, bhaji Peth, Menkure, Adwalpal, and IDC Bicholim, will be converted into an underground system.
Bicholim MLA Chandrakant Shetye said this work of development was essential since Bicholim being a forest area, suffers from frequent power failures and power fluctuations during monsoon.
Adding, Shetye said, the age-old circuits and current-carrying conductors lead to deterioration of the quality of current being transmitted from sending end to the receiving end. “There’s no doubt this project, once complete, will invite nil complaints of frequent power failure from the constituents of Bicholim, he added.
Chairperson of Bicholim constituency Kundan Falari, Sarpanch of VP Mulgao Trupti Gad, Executive Engineer Mudras, and the Panch members and councillors were also present at the function.