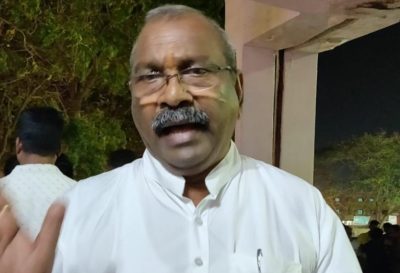 “Today we announce Goa State Navnirman Aghadi Forum. Declare that the only objective is to defeat the BJP. Candidates will set up a forum in the mining area. If all parties in the chain support him, he will file a candidature against the Chief Minister,” said Gaonkar

He further said that the Forum will field candidates in 18 to 20 constituencies and extended its support to candidates of other parties in remaining Assembly segments.

“We will field formidable candidates in 18 to 20 constituencies and support candidates of Congress, MGP, Aam Aadmi Party (AAP) and Revolutionary Goans (RG) in other constituencies,” he added

Gaonkar said that they will not allign with the Goa Forward Party (GFP) and the Nationalist Congress Party (NCP) stating that he has no trust in the GFP.

Stating that the people of Goa want a change, Gaonkar appealed to like-minded parties to come together to defeat the Bharatiya Janata Party (BJP) in the upcoming elections and to bring non-BJP government.

Margao - The data released by Centre for Monitoring Indian Economy ranking Goa as 2nd in Unemplyment is one more Feather in the Cap of ... Read More