Rane announces setting up of ophthalmic hospital in Sankhalim 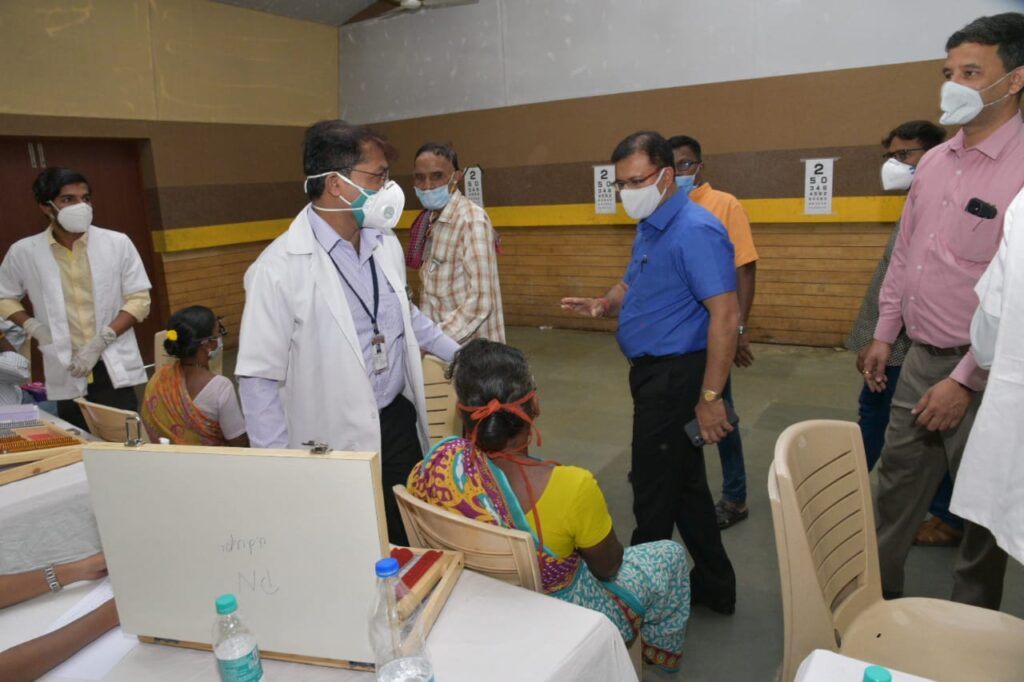 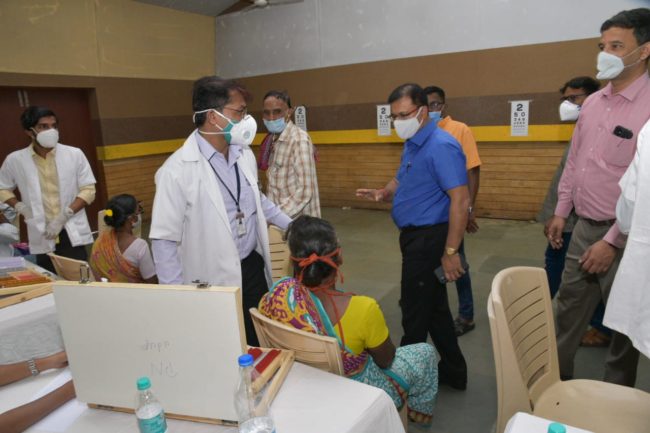 Rane also announced that all the health centers- PHCs and CHCs will be equipped with I-SAT machines, a point-of-care testing equipment, can be used to test 28 parameters

The Minister was speaking during the launch of ‘Vision for All’ programme at Valpoi. Nearly 1200 people have registered for the camp, under which free eye checkup, medicines, spectacles and surgeries would be done.

Rane said that the Vision for All is a effort of BJP led government to take health at the doorsteps of the people, especially senior citizens, who in the current COVID pandemic are scared to visit hospitals for their eye checkup.

Rane said that following suggestion from the Chief Minister Dr Pramod Sawant, proposal would be work our to set up Ophthalmic hospital in Sankhalim, which will cater to the people even from Bicholim and Sattari.

He said that the camps, which are launched in Margao, Bicholim, Sanguem, Quepem, etc are receiving overwhelming response fron the people.

Rane further informed that the government intends to put in commission six major hospitals including the Super-speciality block at Bambolim within next six months. He said that the Chief Minister on Friday held a review meeting of the hospitals that also included full-fledged functioning of South Goa district hospital, Curchorem hospital, Tuvem hospital, etc.

Speaking on COVID-19, Rane said that under strong leadership of Dr Pramod Sawant, government has managed to control the spread of coronavirus.

Pointing to rising number of cases in Maharashtra and Karnataka, Rane said Goa government will have to keep strong vigil to ensure there is no futher spread of virus in the State.

He said that during his recent visit to America, he realised that the Covid testing facilities in India are far better and advanced then America, as a result of which we saw very less number of deaths in India.

The Minister appealed people to continue wearing of mask and maintain social distancing.