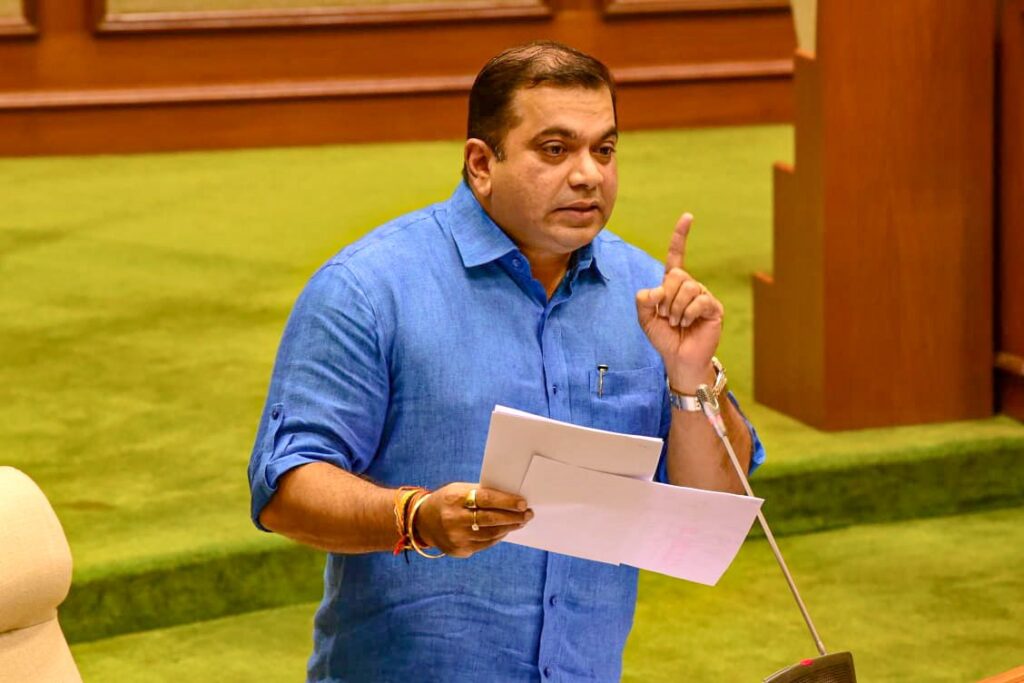 Goemkarponn desk
PANAJI: Former Minister Rohan Khaunte who quit as an Independent MLA will be joining the Bharatiya Janata Party (BJP) on Friday.
Khaunte had yesterday resigned as Porvorim MLA.
“While Thanking You All from the bottom of my heart for the decade long Support & Love showered upon me, I wish to inform you all that in consultation with my supporters and well wishers; I have decided to join the BJP to ensure the continuity of Porvorim’s development as well as imbibe a culture of inclusiveness and togetherness,” said Khaunte.
He further said that he will be joining on Friday, 17th December and request you all to join me at Mahalaxmi Temple, Panaji at 10:00 AM for seeking the Blessings of Goddess Mahalaxmi and thereafter joining at the BJP office at 11:00 AM for our onward journey towards a progressive Porvorim with BJP4Goa.
He further said that his strength lies in your unflinching support which drives me towards achieving the dream of a vibrant and prosperous Goa.
He had represented the Porvorim assembly segment two times as an Independent. With Khaunte’s resignation, Goa House’s strength is now reduced to 36 from 40. Earlier, Congress MLAs Ravi Naik, Luizinho Faleiro and Goa Forward Party MLA Jayesh Salgaonkar had resigned in the run-up to the polls.