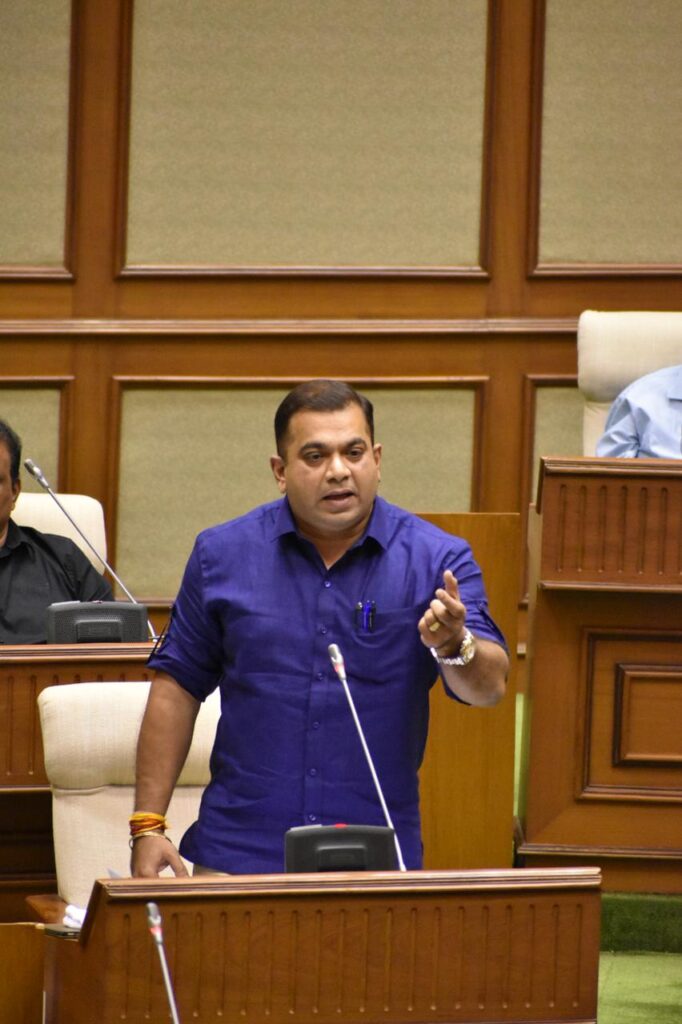 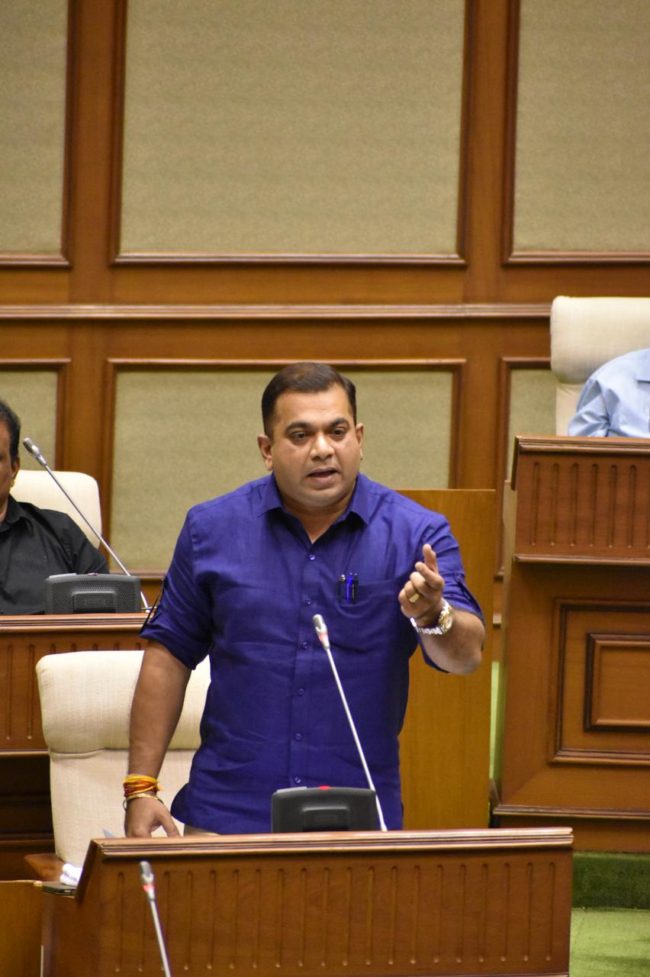 Porvorim: Porvorim MLA Rohan Khaunte on Friday took State government head-on over their failure to provide cumulative impact of the linear projects on the state.

In his fiery speech on the floor of the House putting up the case against three linear projects, the Porvorim MLA appealed the state government to listen to the voice of the people.

While GFP MLA Vijai Sardesai spoke about the Environment Impact, BJP MLA Alina Saldanha highlighted the social impact, Khaunte exposed the state government over their failure to provide cumulative impact of these projects on the state.

Remembering former CM late Manohar Parrikar,Khaunte told the House told that the House that weak leadership is concern of the state today.

“Is it a weak leadership that is our concern today? Strong leader is requirement of the day to take strong decision,” Khaunte said.

The MLA reiterated that while last year was of covid, the current year would be that of agitations.

“The projects which are not required for Goa or which compromises with the environment should be scrapped,” he said pointing out that the people cutting across religious lines have started hitting the streets against these projects.

Khaunte said that the Karnataka has not given clearance for the road in its jurisdiction, while Goa is hurrying up to clear the projects, bowing to the dictates of Delhi.

Khaunte, referring to the speech by BJP MLA Alina Saldanha demanding to scrap double tracking of the South Western Railway, said that the passion exhibited by her late Husband was reflected in her views on the floor of the House.

“It is told that there is no question of removing the project as they are cleared by wildlife board,” he added.

Khaunte said that the researchers have said that the EIA is fraud. “The EIA is weak and misrepresents the fact. It says that there is no protected species in the area, which is false.”

He accused government of “trying to bulldoze things to ensure that dictate of centre is followed.”

Khaunte said that the CEC was sent to appease Goans.”

“There will be impact of the coal on Goa. While on one side we are spending to promote tourism, we are also getting this coal,” he cited.

Khaunte stated that expressing oneself have become a problem in the state. “People are coming on the street to ensure that we are saving Goa.”

Demolishing the claims of future power requirement to support Tamnar project, Khaunte said that JERC has projected that the state is supposed to generate 120 MW through solar by the year 2022. Then the difference at peak hour will not be even 100 MW.,he added.

“Any displacement of vulnerable and protected flora and fauna will spoil the ecology of the state.”

“Government should go back to the boardroom and ensure that people’s voice is heard. Whole people of Goa will thank chief minister,” he said.