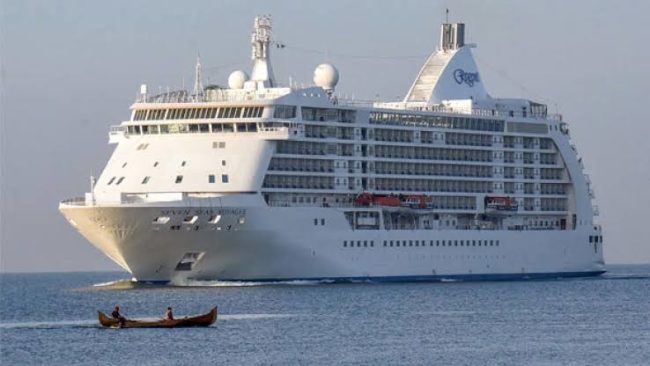 VASCO: The central government has allotted Rs 125 crores to MPT to develop Cruise berths and Tourism activities in Goa.

Preliminary meeting to discuss Nautical and Cruise tourism development in Goa was held in MPT on Thursday.

“In the meeting we aimed to discuss and to see the challenges and the objectives to improve cruise berths and nautical tourism in Goa, said Tourism Minister Rohan Khaunte.

He said that employment generation for locals, improvement in tourism of Goa for proper tourists etc are all things needs to be considered and for the same thing this preliminary meeting was held under the chairmanship of Minister Shripad Naik.

Later, Minister Shripad Naik said that centre has given 125 crores funds to MPT to develop Cruise berths, nautical tourism projects such as roro ropeways, etc which will boost Goa’s tourism.

Goemkarponn desk "Government officials are public servants and should work for the betterment of the public," he added. Dr. Sawant was speaking after inaugurating ... Read More

Narayan Navti to be appointed as SEC; Governor clears appointment