Saleri resident killed in hit and run accident, family refuses to accept the body till the driver is arrested. 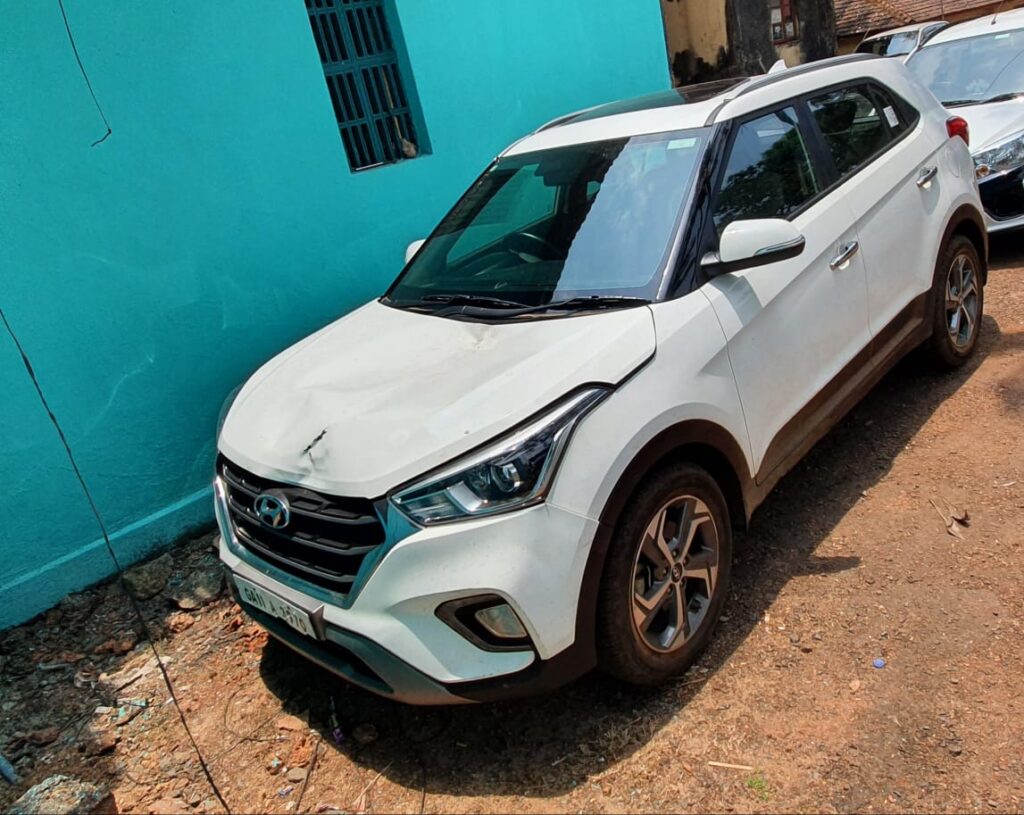 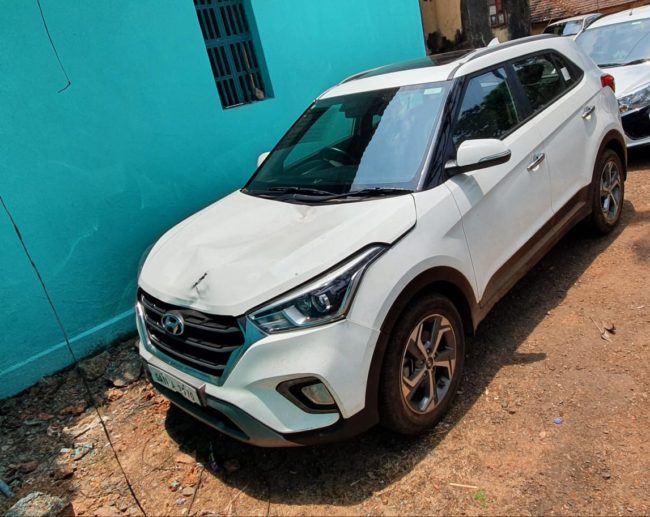 Canacona: A peaceful Sunday for the villagers of Saleri turned tragic after a car dashed against a local pedestrian at Saleri on Sunday evening instantly killing him on the spot, the driver who abandoned his car after a hot chase from locals was later identified to be a migrant running an Yoga Centre at Khola.
Sources eyewitness to the ghastly accident informed that Paixao De Nilanova Fernandes a resident of Kazumoll in Khola was on his way to his house, at about 7.45pm on Sunday.
When he reached Saleri New Wado a white coloured car approached from behind him and hit him killing him on the spot.
Before anyone could come near the accident site the car sped away.
An elderly person has was a few metres behind however noted the registration number of the car and at the same time a few local youths who were present followed the accused on their vehicles.
However they were not able to intercept him as he drove very fast sources informed.
Immediately the 108 ambulance services and local police was notified.
The victim who died of the impact was shifted to Hospicio Hospital, Margao for post mortem after police conducted panchanama at the scene of the accident.
After a massive manhunt the car (GA-11-A-3970) was located in bushes at Khola on the same day itself but by that time the accused who was later identified to be one Prem Krishna Ananda had fled after the accident.
The Canacona police brought the car which was allegedly involved in the hit and run case was later seized and brought to Canacona police station but lack of interest and initiative in nabbing the culprit has irked the entire local community from Khola and a huge crowd gathered at Canacona PS on Monday only to go after the police assured them that they are pursuing the matter.
Since even after two of the incident the family and the locals are alleging that the police is under pressure and influence not to nab the culprit as he is rich and influential.
Locals have come in full support to the victims family which comprises his wife, elderly mother and three minor sons.
Paixao was only bread earner in the family and used to work as a casual labourer after his untimely death there is no one to take care of his family said a nieghbour of his.
While addressing media at the victims residents all those present blamed the police for not able to locate the accused even after the locals helped them to trace his car, it’s two days today and if the police fail to arrest the accused by today than we will take a huge morcha at Canacona PS, we will not also take possession of the body till the accused is arrested warned locals present.
Swadesh Desai a PSI at Canacona PS who is an investigation officer in the case informed that the absconding driver is booked under sections 279, 304 of IPC and 134 a and b of MV act while his nephew who allegedly dropped the accused to Margao from Khola is arrested under section 212 IPC the IO informed.