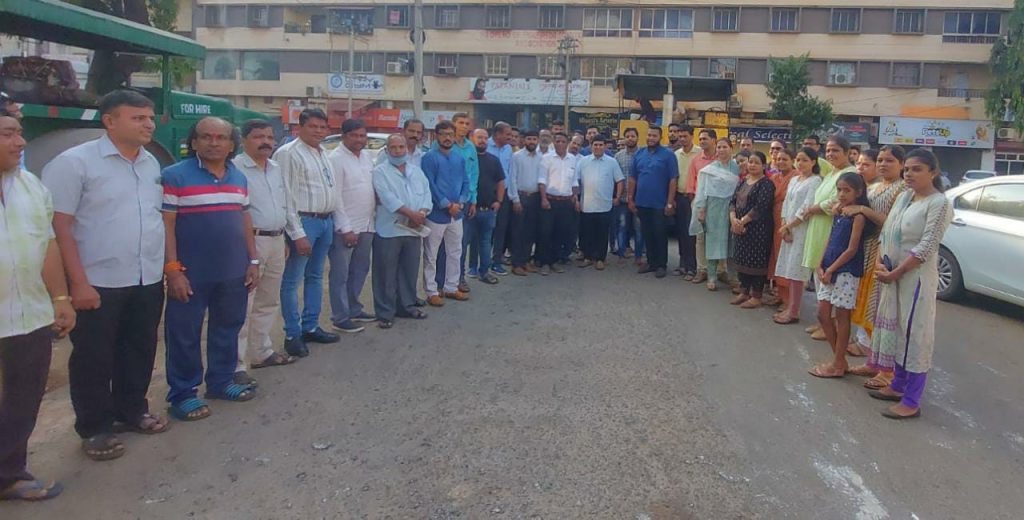 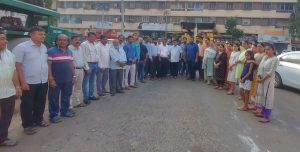 Goemkarponn desk
VASCO: Vasco MLA Krishna Salkar inaugurated the works for tarring of internal roads in Vasco city
Speaking to reporters later, Salkar said that the project of tarring the two roads was taken up at the cost of Rs 2.5 crores.
“The internal city roads have been neglected for the last ten years, and we have taken the works in two phases through two contractors. We are starting works on the first phase today, and both these phases will cover the entire city roads,” he said.
Besides these works, Salkar said, there is also one coat of tar pending for the main FL Gomes road, and that will be taken within 15 days after these phases are complete. “We are also planning to take up works on tarring of the internal road of Kadamba Bus stand. As of now, if we complete the outside road, the dust from the buses moving to and from the Kadamba Bus stand will spoil the road, and hence we will do tarring of the internal road of the KTC Bus stand and move outwards later.
“We have prepared the estimates for the roads inside and outside the KTC Bus stand, and those works will also start very soon,” said Salkar.
Mormugao Municipal Council (MMC) Chairperson Leo Rodrigues said that works on the internal road has been pending for over ten years
“We are glad that the works have finally begun because people faced a lot of inconveniences while moving on the internal roads. The works on an additional coat of tar on the main FL Gomes road will also begin, and the city will look polished with good internal and main roads,” said Rodrigues.
MMC Vice Chairperson Amay Chopdekar said that Salkar was a three-time Councillor of Vasco city and understood the city’s needs.
Vasco BJP Mandal President Deepak Naik said that the development of roads was the need of the hour and a long pending demand of the people.