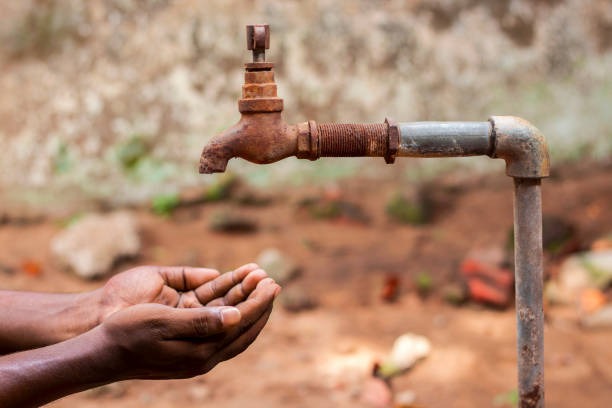 Forget free water, an average Goan using 1000 litres of water a day will have to pay double his bill as per the new tariffs announced
The new free water scheme is not applicable for those using more than 16 m3 as they will pay from ₹9/ m3 to ₹15/ m3, which was earlier only ₹5 / m3 and ₹10/m3

SURAJ NANDREKAR/ Goemkarponn desk
PANAJI: Goemkarponn, in its editorial a few days back, had stated that in the Sawant Raj, nothing comes free and documents in hand now prove how true it is.
Chief Minister Dr Pramod Sawant announced up to 16000 litres of water free for domestic consumers (16 m3), implemented today.
In his address to Goans, he said Goa is the first state to give free water, but he failed to explain that if you use more than 16m3, you will have to pay almost 100 p.c more the amount.
This is shocking but true; politicians manipulate things and do not inform about the hidden charges.
Forget free water; if you are using more than 16 m3, you will almost pay double teh amount you paid earlier, the new notification issued by PWD says. 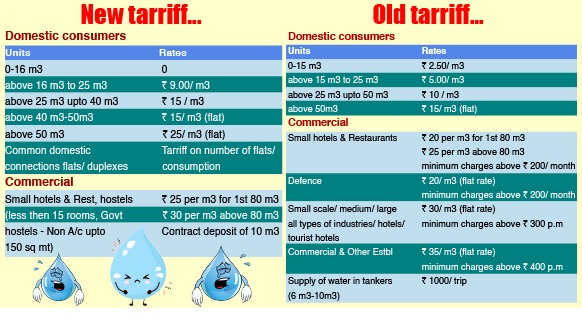 Yes, the free water will benefit people only those who use less than 1000 litres of water.
If you empty 1000 litres of water daily, you may end up paying double the charges of the water bill you paid in the past.
Goemkarponn will now tell you what the hidden charges which the Chief Minister failed to inform you.

The conditions…
The individual domestic consumers consuming water up to 16m3 per month will be exempted from paying water charges, including meter rent w.e.f 01.09.2021.
Domestic consumers consuming more than 16 m3 per month will be billed as per applicable tariff for entire/ full water consumption.
The benefit of free water up to 16m3 will be available for those who have functional water meters.
Common water connected to two or more houses shall continue paying water tariffs for the total consumption as applicable irrespective of the consumption. Free water will not be available for them.