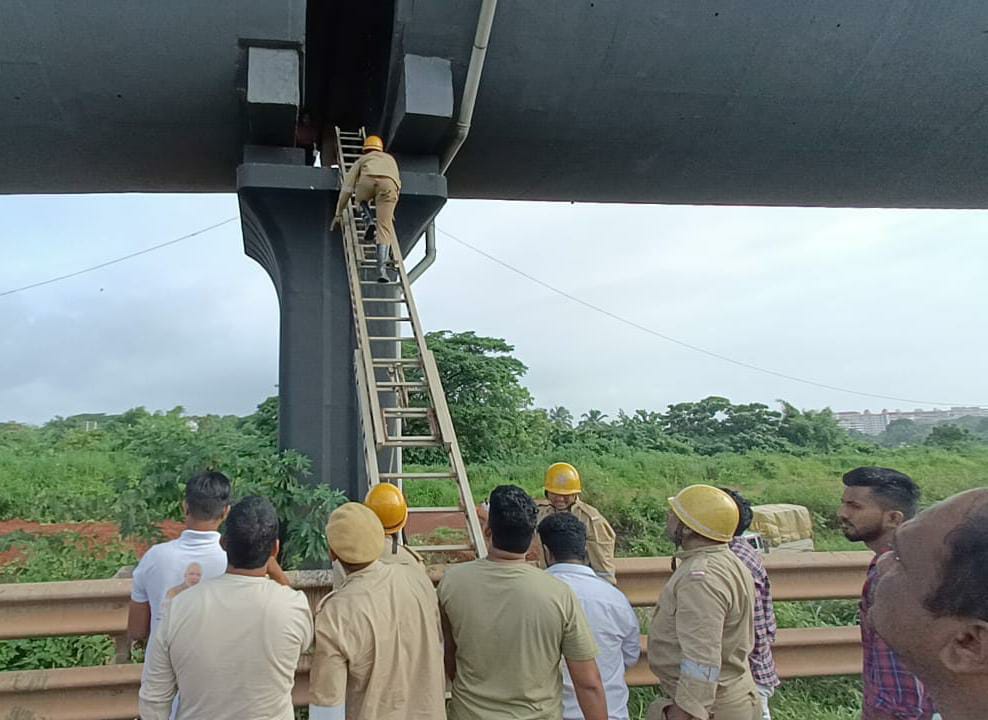 Goemkapronn desk
VASCO: In a shocking incident, the Fire Brigade rescued a woman who had mysteriously spotted between Grade Separators segments near Dabolim Airport.
Onlookers said the Taxi drivers at the airport spotted her on the pillar of the Grade Separator.
The Lady named Sneha Naik hails from Karwar, Karnataka. She explained that she had been dropped off by someone at the airport and had no money to return.
The locals and passersby were shocked how teh woman reached the height.
“How a woman could climb a pillar to reach the area, many felt that the woman had plans of committing suicide,” they stated.
People suggested that the opening to the hollow area below the grade Separator must be closed.
Fire Officer Chetan Honnaverkar said that they got a call at 8.30 am saying that a lady was found on the pillar and may attempt suicide.
“The Fire Force team reached the site and rescued the woman using a ladder. The Lady claims to not know how she reached up there,” said Honnaverkar.
A taxi driver Manish Naik said, “When we saw her, we immediately informed the police and simultaneously called the fire brigade,” he said.