Sitharaman has presented a comprehensive budget for the country: Tanavade 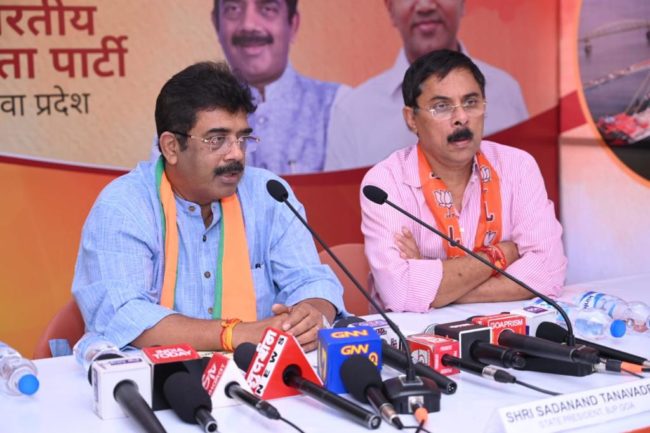 PANAJI: Today, BJP State President Sadanand Shet Tanavade said that Finance Minister Nirmala Sitharaman has presented a comprehensive budget for the country.
“I thank Prime Minister Narendra Modi and Finance Minister Nirmala Sitharaman for presenting a comprehensive budget by the BJP government,” said Tanavade.
He further said that this budget has given justice to all sections of society. The country’s growth rate will be 9.27 per cent. The BJP government has set a target of creating 60 lakh new jobs in the next five years.
“To promote the concept of self-reliant India, about 68 per cent of the total expenditure of the Ministry of Defense will be given to domestic industries for the production of defence equipment,” Tanawade said.
Tanavade said that the finance minister has raised the corporate tax rate from 18 per cent to 15 per cent to boost the country’s industries. Also, its surcharge has been reduced from 12 to 7 per cent. ‘If you make a mistake while filing your income tax return, you will have a chance to correct it. About 80 lakh houses will be constructed under the Prime Minister’s Housing Scheme. He said that a provision of Rs 48,000 crore has been made for this,” he added.
The BJP President said that under the Prime Minister’s Gati Shakti Yojana, the network of national highways will be expanded at the cost of Rs 20,000 crore. In the next three years, about 400 new Vande Mataram trains will be launched in the country. So 400 new bullet trains will start.
“Along with this, school education will be imparted by launching 100 TV channels in all languages. He also said that a digital university will be started for international level students,” Tanawade said.