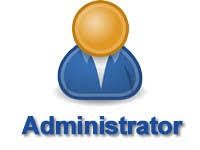 CANACONA – Six Junior Engineers and an Upper Division Clerk will head the seven villages Panchayat in Canacona as the tenure of elected Panchayat members ends today (18th June 2022).
While two Panchayat’s of Poinguinim and Khotigao had no Sitting sarpanchs, the term of sarpanchs of Khola (Poorna Nayak), Agonda (Badal Naikgaunkar), Shrishthal (Ramu Naik), Gaondongrim (Anjali Velip) and Loliem-Polem (Sachin Naik), also ends along with with the end of Panchayat term which comes to an end on Saturday.
The new administrator’s government has appointed to head these Panchayat in Canacona taluka are Nagraj Adpaikar, a JE with PWD(NH), Canacona will head VP Loliem-Polem, Kishore Parwar, JE with WRD, Canacona, will head Khotigao VP, Pradeep Pagui, JE PWD(Water-supply), Canacona will head VP Gaondongrim, Sarvesh Fadate, JE PWD (Water-supply) will head VP Poinguinim, Ganesh Velip, JE WRD, Canacona will head VP Khola, Biva A Velip, JE o/o BDO, Canacona will head VP Agonda and Pradeep S Naik, UDC o/o BDO Canacona will head VP Shrishthal.
According to a government order, these officials appointed as Administrators will attend to the respective panchayats on Tuesdays, Thursdays and Saturdays, besides during other exigent situations, until the posts of Sarpanch and Dy Sarpanch are filled up in the respective panchayats.
The administrators shall exercise all the powers, perform and discharge all the duties and functions conferred and imposed upon the sarpanch, or Dy.sarpanch or members of the respective panchayats under the provisions of the said acts and rules made thereunder or any other law. However, the administrator’s decisions must be endorsed by Block Development Officer.