Smallest State of Goa 7th in India on UNEMPLOYMENT RATE 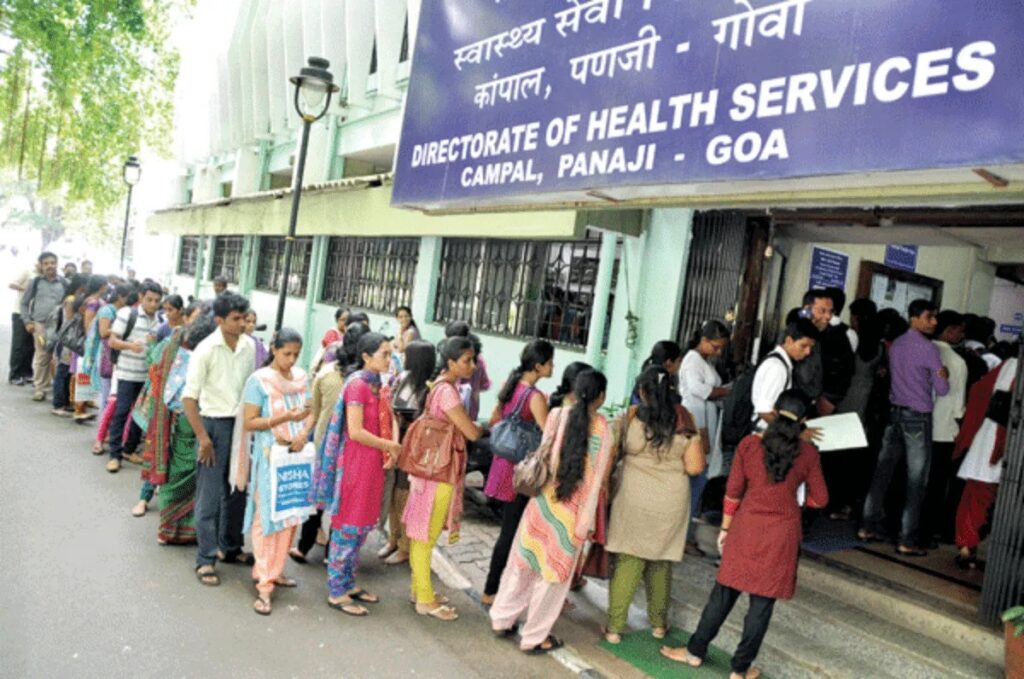 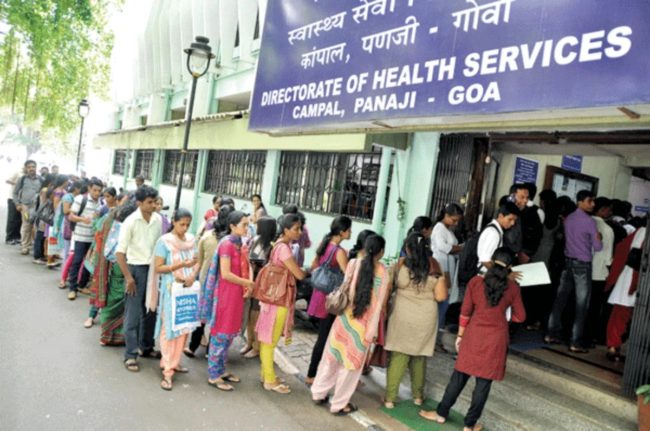 Goemkarponn Desk
PANAJI: The reduction in economic activities due to disruption of economic activities since March 2020 after the Covid-19 lockdown that forced thousands of businesses to scale down or entirely shut down their operations has triggered a massive rise in unemployment.
As per CMIE, The unemployment rate in Goa for the month of May was recorded at 20.6 percent, which is seventh in all India.
As per the CMIE data, with seven million job losses in April across India, the unemployment rate rose to 9.7 per cent on May 19, the highest since June 2020.
The unemployment rate in the country has been volatile in the past six months as it has ranged from a low of 6.5 per cent in November 2020 to a high of 9.1 per cent in December 2020. The average unemployment rate in India during this six-month period was somewhat high at about 7.4 per cent. The high monthly volatility of unemployment in normal times reflects the high proportion of informal employment in India.
While 21.1 is Goa’s unemployment figure in March 2021, it may be recalled that in September 2020, Goa’s unemployment for September 2020 stood at 15.4 per cent as per CMIE. Over a longer time period, unemployment has moved from 2.1 per cent in November 2018 to its current rate. The data showed that the unemployment rate in urban areas declined despite a rise in joblessness rate on a national level.
The rural areas, however, saw a surge in unemployment during the month under review. The urban unemployment rate dropped to 6.99 in February from 8.08 in January 2021, while the rural unemployment rate rose to 6.86 per cent from 5.83 per cent in the previous month.
It is to be noted that there are few frequently updated government metrics for tracking jobs in India, particularly in the informal sector. As a consequence, high frequency indicators like the CMIE Unemployment Survey tend to be used as a proxy for evaluating the health of the labour market.
Delhi, Haryana, Tamil Nadu, Rajasthan, Puducherry Kerala are above Goa in the unemployment.
Assam has lowest unemployment rate with 0.1 p.c.
Experts and economists said urban joblessness has a direct co-relation with restrictive economic activity and lockdowns. Besides, there is no alternative to the rural national employment guarantee scheme for urban workers. They said that in rural India, more people are engaged in family professions, leading to disguised unemployment and less productivity.
“Urban unemployment will stay high for at least three to six months because of three reasons–lack of employment opportunities, employers hesitation to hire more, and an increased risk aversion among workers due to the scientists’ study that has established that the coronavirus is spreading through air,” K.R. Shyam Sundar, a labour economist, said.
“Other than IT and allied sectors, employment opportunity is limited everywhere else. Look at fast-moving consumer goods, retail trade, automobile, informal sectors, including urban markets, the hospitality or tourism sectors, you would realize that it’s no time to stand and clap in joy. The business sentiment is down, consumption is down, and we are facing a circular crisis,” he added.