Some party workers worked against BJP in Bicholim, says Patnekar 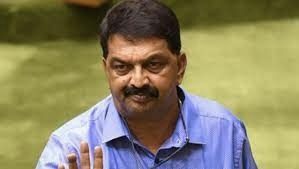 PANAJI: BJP’S Bicholim Candidate Rajesh Patnekar blamed some of his supporters for working against him in the election, resulting in his defeat.
Patnekar also informed that a report of anti-party activities has now reached Delhi, and action will be taken.
“A report regarding those who worked against him and played a double game has been sent to the central leadership in New Delhi,” said Patnekar.
He further said that he received good support from the party during the elections.
“I did not want to contest before, but I contested due to my party. I also did not have time to campaign, and my opponents had gone way ahead of me,” he said.
Patnekar said that a BJP leader and Mumbai MLA Rahul Narwekar have also submitted an anti-party activities report.
Dr Shetye, who won the Bicholim seat, has extended his support to the BJP government in Goa.