Prior approval of State mandatory for any major infra project in CRZ areas: Cabral 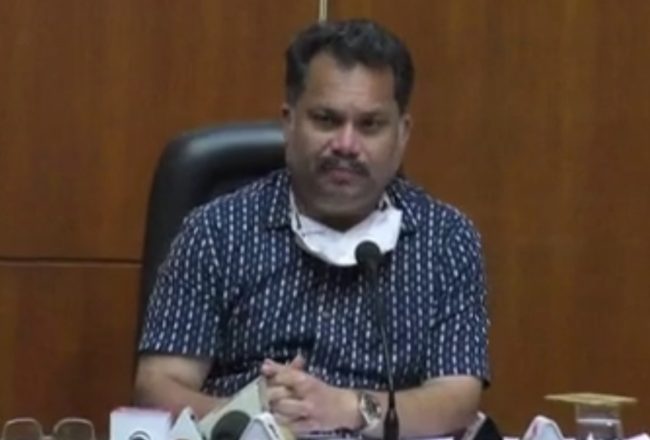 PORVORIM: Environment Minister Nilesh Cabral said that State government has recommended that its prior approval would be mandatory for any major infrastructure projects, including that of the Central govt, in the CRZ areas.

The recommendation is been proposed to be incorporated in the CZMP.

Addressing the media, Cabral said that any major infrastructure project in CRZ areas which requires EIA studies, consultation etc prior approval in principal of the State Government should be obtained before the project is placed in public domain.

He further said that temporary structures in no development zone along coast and along banks of rivers, estuaries shall be permitted except in ESA areas shown in CZMP plans with the following conditions.

Cabral informed that monitoring & enforcement of the provision of the CRZ regulations would be carried out by the Goa Coastal Zone Management Authority and District Level Committees as notified by the State Government from time to time.

“All activities in CRZ area permissible under the Goa Land Development and Building Construction Regulations, 2010 and as provided under the Regional Plan for Goa and the Outline Development Plans shall be subject to the provisions of the Coastal Regulation Zone Notification, 2011 in force and/or as amended from time to time and as per the approved Coastal Zone Management Plan,” Cabral said

Meanwhile, the environmental minister said that all activities which requires prior clearance from the Ministry of Environment and Forest, has to be taken as per the provision of CRZ Notification, 2011.

Minister also said that if the traditional ‘coastal/fishermen communities develop own Plots within the CRZ belt of 100 m to 200 m of HTL on landward side, it is recommended that the “construction/reconstruction” of proposed dwelling units shall be permitted, provided they are within the ambit of traditional rights and customary uses such as existing fishing villages and gaothans.

Nilesh further said that there will be no further increase in handling of con at MPT shall be permitted beyond the capacities presently permitted by Goa state pollution control board.