Strong resentment brewing against the political machinations and manipulations indulged by Monserrate: Furtado 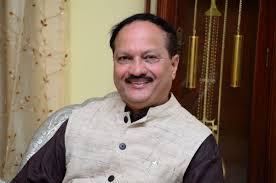 PANAJI: Former Corporation of the City of Panaji (CCP) Mayor Surendra Furtado today said that those claiming to win all 30 wards in the civic elections will get a befitting reply from the public.

“Everytime they say that they will all 30 wards but it does not happen that way; I have never said that i will win all 30 but said that we will be able to form the panel at the CCP,” said Furtado

He further said that people of Panaji understand the entire scenario and will give a beffiting reply to them.

“I have never been an MLA nor a Minister, i was only a myor and have worked for this city and people with my full strength, those who complained that our panel was distributing money is just an allegation and my lawyer is handling that matter,” he added

Furtado said that this has been the worst opposition in the history.

Furtado said there is strong resentment brewing against the political machinations and manipulations indulged by Monserrate and the powers that be to take control of CCP. The support of the people has further strengthened the resolution of this citizen initiative to fight the CCP polls, he said.