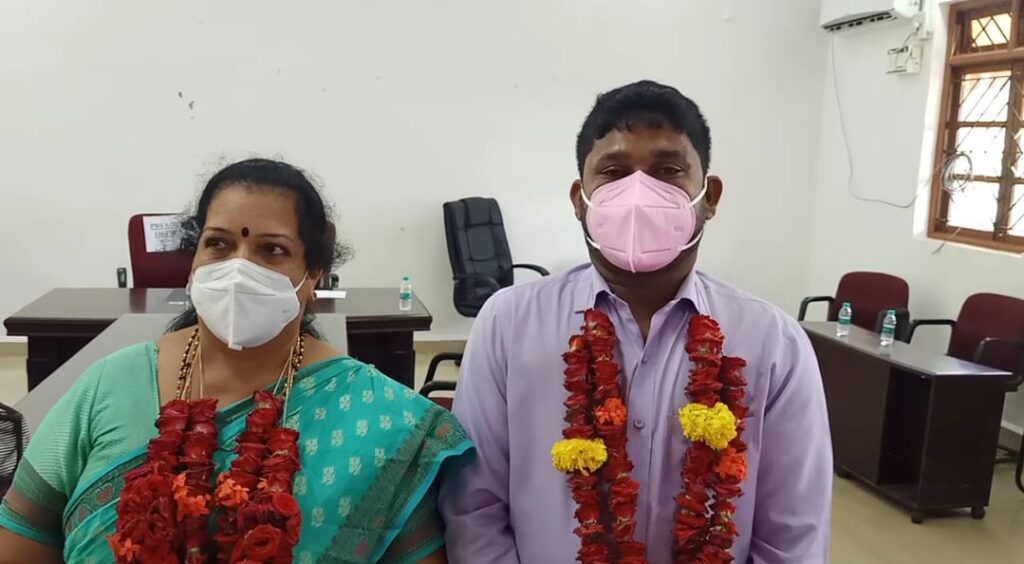 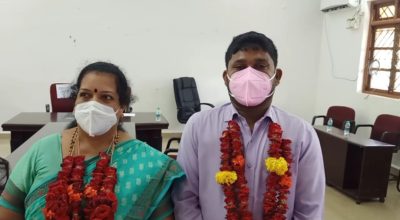 QUEPEM: Suchita Shirvaikar and William Fernandes were declared chairperson and vice-chairperson of Quepem municipality respectively.
For the chairperson post there were two nominations filed that of Suchita Shirvaikar and other one is Jakina Dias.
In the elections held today, Suchita Shirvaikar won by 9-4 votes in 13-member council.
For vice-chairpersons post, three candidates filed nomination – Williams Fernandes, Lourdes Feranades and Nandita Prabhudesai got 1 vote.
William Fernandes was declared as vice chairperson after he bagged 9 votes. Lourdes got three and Nandita got just one vote.
Presiding officer and SDM Nilesh Daigodhkar said that election for the post of chairperson and vice chairperson took place in same time and all councillors voted two time for chairperson and vice chairperson post and ballot papers were used to cast vote in ballot box.
After getting elected Shirvaikar said that her victory was due to the collective support of colleague sin the council and Deputy CM Babu Kavalekar.
“Our MLA stood behind and got be elected as chairperson> I assure to work for the betterment of the Quepem municipality,” she said.
Vice-chairperson Williams Fernandes said his main aim is to help Scheduled Tribe samaj.
“Especially the youth, who face issues of unemployed and I will give support to them in whatever way it possible with help of deputy CM Babu Kavalekar,” he said.
Kavalekar said that today new Quepem council is formed and “we put step forward towards development of municipality area with support of all councilours.”
Further, he added, many developmental works are already taken into the hand also at the same time keeping in mind of pandemic situation, “we want to be careful and take proper precautions to handle the situation for our Quepemkars.”
“Under this council development will flourish and my full support will always be there for them for development of municipality area. Also I specially want to mention that past councillors and chairperson have done good work, and it will continue in this new formed council,” he added.