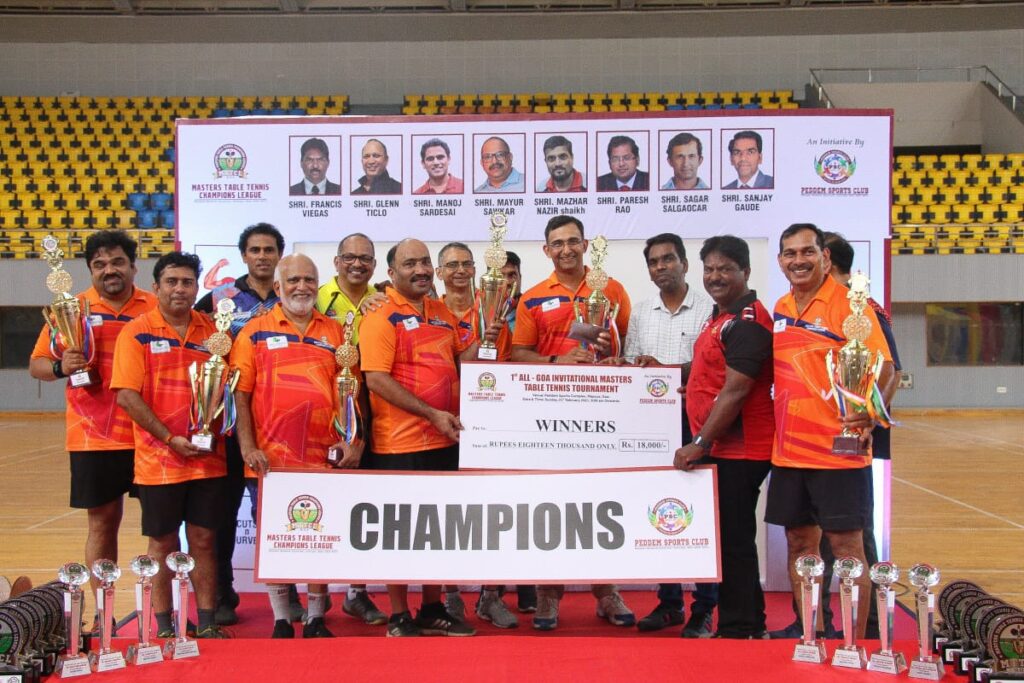 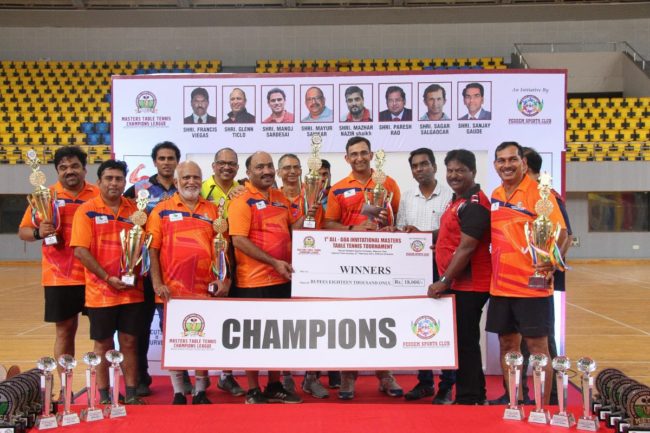 The Tournament was organised on a Grand Scale, inviting Masters of the Sport from all across the State of Goa.

Each Team Winners received individual trophies and a total cash prize of Rs 36,000/-.

As the Tournament drew an overwhelming appreciation and support from its Team Owners, Sponsors, Players and Well Wishers, the President of the Peddem Sports Club  Mayur Sawkar has proudly announced that this edition of the Tournament shall be conducted annually going forward to foster encouragement to play the sport, build competitiveness and enhance the development of Table Tennis in Goa.

The event was well managed by sports culture, an event management company catreenig to all sports related events,  owned by Sanat Naik.