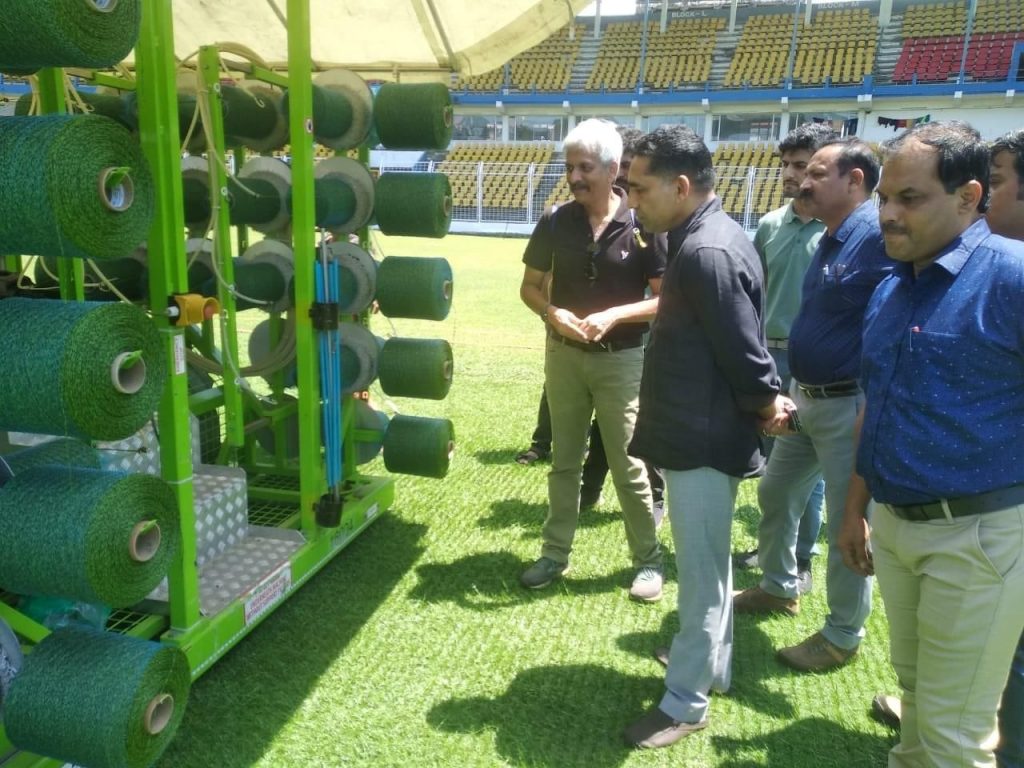 Goemkarponn dek
FATORDA: Sports Minister Govind Gaude said that FIFA had undertaken works for laying of Hybrid Pitch at Jawaharlal Nehru Stadium as preparation for U17 FIFA Women’s World Cup.
Gaude visited the Nehru Stadium, Fatorda, to check the venue’s preparedness ahead of the FIFA Under-17 Women’s World Cup to be held next month.
“FIFA has undertaken work for laying of Hybrid Pitch at Jawaharlal Nehru Stadium as preparation for U17 FIFA Women’s World Cup. The FIFA World Cup in Qatar would be played on similar turf,” said Gaude during the inspection.
He further said that this is the first ever ‘hybrid pitch’ of FIFA standards installed at any sporting facility in India and is laid by FIFA for Goa without any cost borne by the state.
“The team from Holland has arrived and will lay the hybrid pitch in Goa. They are working with the local curator to see that the pitch is readied in the best way possible, the hybrid pitch was laid, and the works will be completed within ten days,” he added.
“For the first in India in football, and its durability will be ten years. We hope to have a very good World Cup in Goa. The State is hosting a global football event for the second time after hosting the FIFA Under-17 World Cup in 2017,” he added.
FIFA U-17 Women’s World Cup India 2022 will be the seventh edition of the tournament in which 16 teams, including India, will participate.
The AIFF has proposed holding of the competition matches at three venues – Bhubaneshwar, Navi Mumbai and Goa. India successfully hosted the FIFA Under-17 Men’s World Cup India-2017 at six different venues – New Delhi, Guwahati, Mumbai, Goa, Kochi and Kolkata.