Theft at temple at Sada 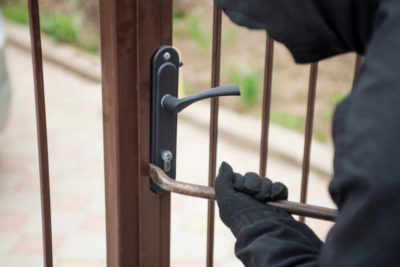 VASCO: A thief begs for forgiveness and then commits theft in the Kalamdev Khapreshwar temple at Headland Sada. The temple committee has filed a complaint of theft and loss of worth Rs.1 lakh.

In a surprising incident a thief on Wednesday at 2.30am was initially seen doing salutation in the temple and asking for forgiveness and then went on to break the donation box from the temple and steal Rs. 30000. As per the CCTV footage which the Mormugao police have shows that a thief is taking blessings and then breaking the gate, forcefully and entering the temple premises of Kalamdev Khapreshwar temple at Headland Sada during wee hours.

Later in the footage it is shown that with the shrap metallic object he break open the donation box and steal some money. This entire act was caught in the CCTV camera installed in the temple.

The temple committee has filed complaint of theft and loss of worth Rs 1 lakh. The CCTV footage has gone viral and the neitizens are expressing surprise over the unusual behaviour of a thief which is visible in the footage. Police are further investigating the matter.

BICHOLIM: A police constable attached to PCR Panjim from Kudnem Bicholim drowned in a river in his village. According to the available information the incident ... Read More

Hunting mayhem: One dies of accidental gun shot at Quepem

One died in accidental gun shot after hunting expedition went terribly wrong in Quepem. A gun trap was laid in the forest to kill wild ... Read More