Three workers die in a tank explosion at Zuarinagar

VASCO: Three workers engaged in removing the tank at Zuarinagar died in a blast in the tank on Tuesday. Chief Minister tweeted that the incident was unfortunate and urged people not to panic, stating that there was no gas leakage.
In a shocking incident on Tuesday afternoon, three workers died in a blast at a factory in Zuarinagar.
As per the available information, the deceased were workers of a contractor engaged with the company and not company staff. 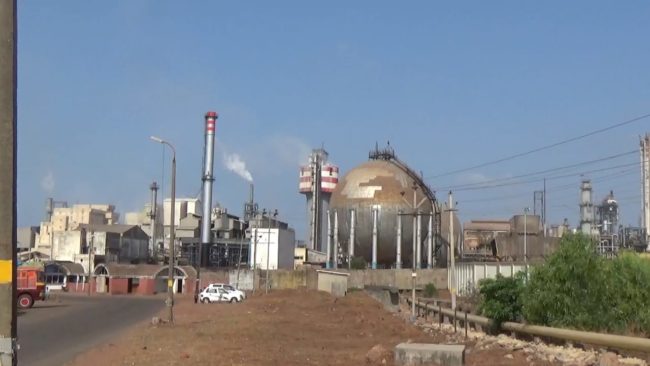 “These contract staffers were removing nut bolts from the tank. They were supposed to use cold works for this work, but the workers opted for hot works technology of gas cutting leading to a blast in the tank that caused the death of three contractual workers. There was a plan to shut down the plant on the 30th of this month,” said a source.
After learning about this shocking incident at Zuarinagar, Chief Minister Dr. Pramod Sawant immediately took it to the Twitter , he tweeted “It is miserable to hear about the tragic death
of three laborers in a blast of the under
maintenance Ammonia Tank at the Zuari Agro
Chemicals Ltd plant at Vasco. The state machinery has immediately responded and is making every effort to bring normalcy to the situation.
“I urge the locals not to panic and not to believe any rumors. There is no gas leakage, and matter is being monitored by the Government”, Sawant said.