TMC’s Mahua Moitra lashes out at BJP, says their core DNA is anti-minority 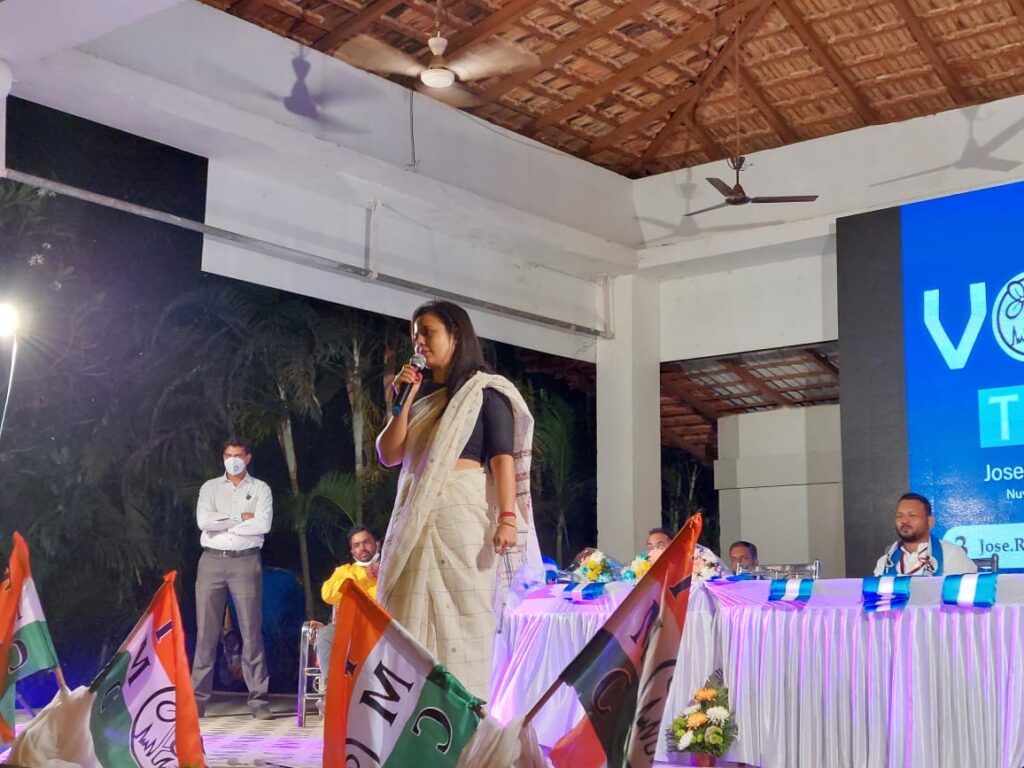 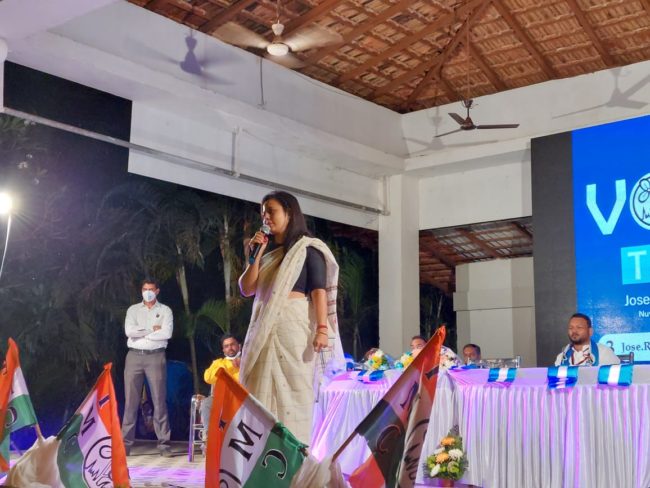 At a mega event organized by Goa TMC Nuvem candidate Raju Cabral at Verna panchayat yesterday, Lok Sabha MP and AITC Goa in-charge Mahua Moitra ripped into the BJP and said, ‘Don Fula’ button is the only way to throw the corrupt BJP out of the power. BJP is not only anti-Muslim, but it is anti-minority.’ The statement was made in the presence of Goa TMC leaders Alvito D’Cunho, Joe Gomes, Corine Fernandes and Macroy Valadares.

Highlighting the true nature of the BJP, Mahua Moitra said that TMC came to Goa with the sole purpose to defeat the BJP and give Goenkars a credible option. She added that this election will be the semi-finals to 2024. Criticising the BJP for their fractured approach towards Goa, she said, ‘BJP is not only playing with the future of Goans but also destroying Goa’s ethos and culture.’

Urging the public to use their right to vote wisely, Mahua asserted, ‘People of Nuvem need to make their decision wisely. Voting for TMC candidate Raju Cabral will usher in a stable rule as he understands Goa and thrives to resolve your grievances. He is also connected to each and every one of you like a family member. He has a vision for Nuvem, a plan of action. He deserves a chance.’