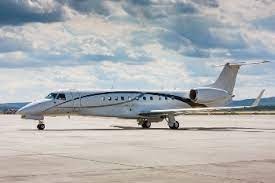 Goemkarponn desk
VASCO: In a major setback to tourism activity in the state, charter flights scheduled in the mid of October seem to have been cancelled
Confirming the reports, Goa Airport Director Dhanamjaya Rao clarified that Azur Airlines that were scheduled to arrive in Goa by Mid October have been cancelled.
“Azur Airlines had asked for slots and was supposed to bring tourists from Russia to Goa. They had booked around 13 slots for Goa, and the first Azur Airlines flight was supposed to arrive today, but these flights have now been cancelled. The Azur Airlines had filed slots for October and have cancelled their flights for October,” said Rao.
Rao, however, added that other charter flight operations would continue as of now.
“We are now expecting other charter flights to arrive in Goa. The next charter flight Scat Airways that will operate from Almati, will start on the 19th of this month,” said Rao.
The visa rule change by the Government of India for United Kingdom (UK) Passport holders has resulted in cancellation of various India and Goa-bound charter flights in the face of a promising tourism season.
The Travel and Tourism Association of Goa (TTAG) has informed most of the charters scheduled to land in November and some in December have been cancelled as tourists failed to get a visa on time.
The small and medium hotels are going to be affected pretty badly due to the visa rule change.