Truck carrying iron Boulders hits tree, falls on its side at foot of Karmalghat 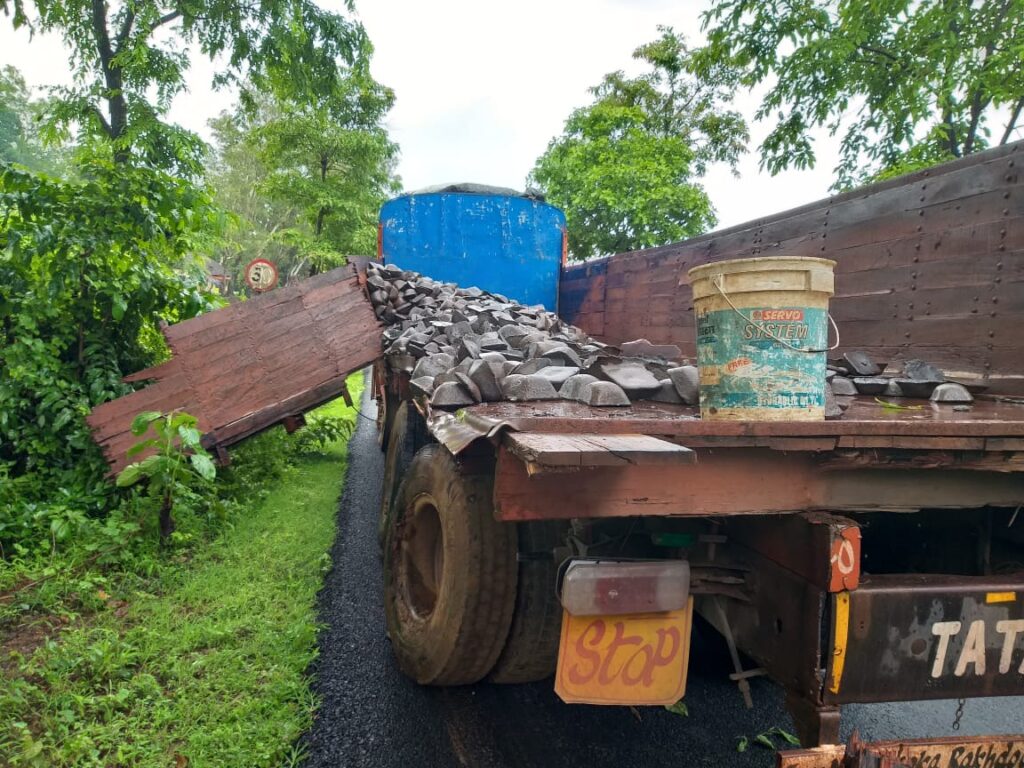 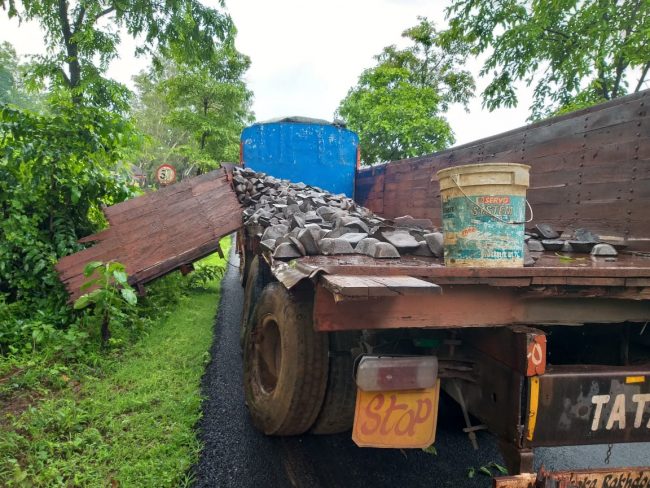 CANACONA: The narrow and unmaintained NH-66 road had yet another toll after a mine material-loaded truck from Karnataka fell on its side before hitting a roadside tree at Gulem in Canacona.
According to sources, Karnataka truck bearing registration No.
KA-34 B5199 loaded with mining boulders on reaching Gulem, first strayed off the road on its left side, hit a roadside tree and fell on its side, with minimum boulders falling down.
Due to the hit and subsequent fall, the truck suffered heavy damage to its body, leaving several pieces snapped and strewn around and the mining boulders thrown on the road.
The truck is, however, later retrieved and brought on the road.
Though the exact cause of the mishap is not known, locals blamed rash and negligent driving, blaming the driver for speeding inspite of having Speed Governors to control the speed.
Residents also blamed the narrow road inspite of being a highway and the presence of big trees very close to the road as the probable reason for several such mishaps.