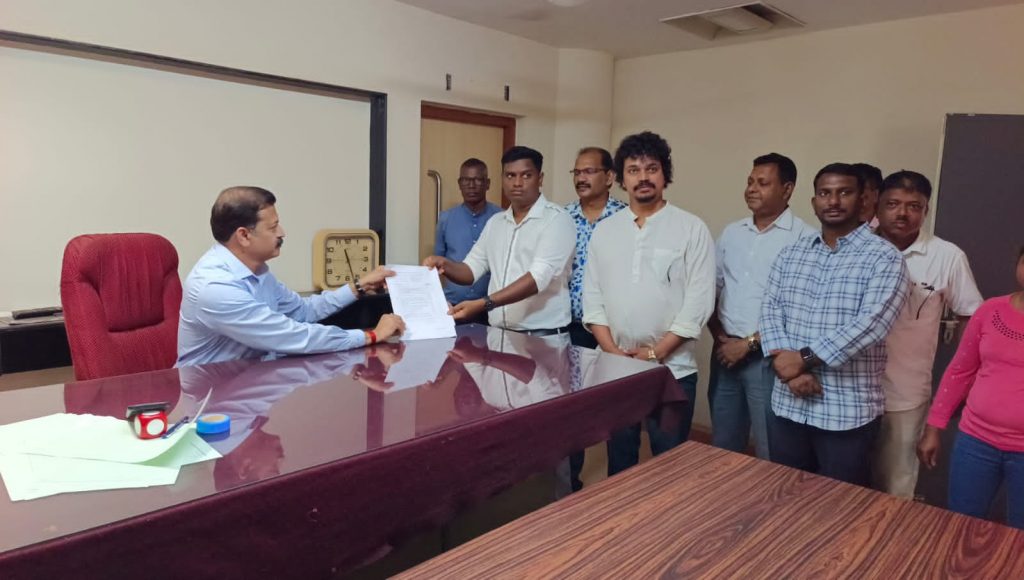 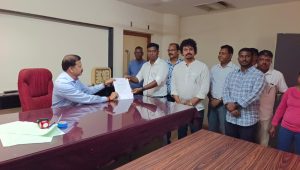 Goemkarponn desk
CORTALIM: Valent Barbosa on Thursday filed his nomination as the official candidate of the Indian National Congress for the ZP seat from Cortalim.
Speaking to the media later, Barbosa said that he had entered the arena of politics to get the work done for the people and to come forward to help the people with their issues at the Village level.
Barbosa further appealed to the people not to vote for candidates who were likely to split the votes in and help BJP Backed candidates
Congress Cortalim leader Olencio Simoes questioned why the BJP had not fielded candidates in the Cortalim Constituency
“Barbosa candidature is supported by Congress President Amit Patkar and CLP leader Yuri Alemao. We want to tell the people that Congress was a 100-year-old Party, but the MLA Anton Vas was independent and supported the BJP, which is one reason why the BJP did not field a candidate. We wonder if the BJP did not find even one person from the ST community to contest the ZP elections. The BJP has only used the ST community and is misguiding the people while the other parties have fielded a weak Candidate to split congress votes,” said Simoes.