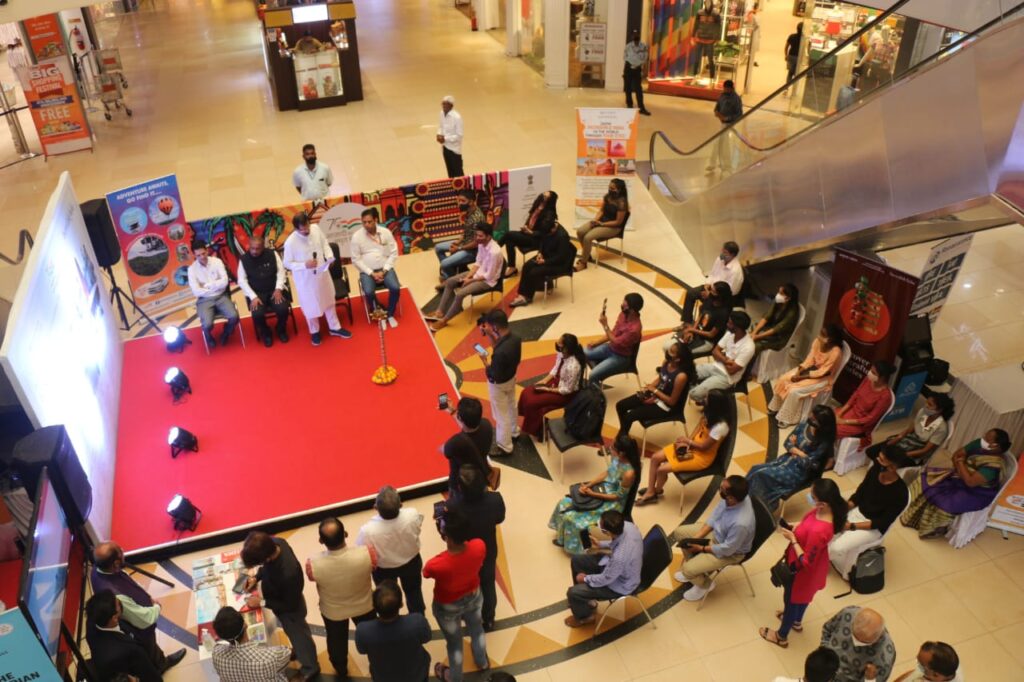 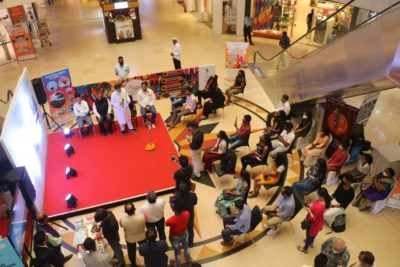 Goemakrponn desk
PANAJI: Union Minister of Ports, Shipping, Waterways and Tourism Shri Shripad Naik today inaugurated a week-long campaign of India Tourism, Goa to promote the national festival of ‘Azadi ka Amrit Mahotsav’ at Panaji. Venkatesan Dhattareyan; Regional Director, India Tourism and Manager Jitendra Jadahav were also present on this occasion.
“Azadi Ka Amrit Mahotsav is the vision of Prime Minister Narendra Modi to celebrate the occasion of 75 years of Independence with grandeur and enthusiasm befitting the historic nature, glory and importance of the occasion. This Mahotsav of 75 years of Independence is dedicated to the people of India”. Said Shripad Naik.
“The Government of India is celebrating this festival of 75 years of Independence in such a manner in which the spirit of freedom struggle, tribute to the martyrs and their pledge to create India could be experienced. The festival aims to embody the glimpse of the glory of ‘Sanatan Bharat’ and also the glow of modern India and reflecting the light of spirituality of sages and also the talent and strength of our scientists. We will showcase the achievements of these 75 years to the world and also give a framework for resolution to us for the next 25 years”.
Speaking further Shripad Naik said that the Government has taken a slew of measures to support the tourism sector in the wake of COVID-19 pandemic. Government extended a number of regulatory and fiscal relief measures for industry including the tourism sector for business continuity and retention.
Government has decided to grant fresh Tourist visas for foreigners coming to India through Charter Flights with effect from October 15, 2021. Foreign tourists coming to India by flights other than charter aircraft would be able to do so from November 15, 2021.
The Ministry of Tourism has framed various schemes for development of tourism in the country. ‘Swadesh’ and ‘PRASAD’ schemes provide financial assistance to States/UTs. For the state of Goa the ministry has sanctioned Rs. 197 crores under ‘Swadesh Darshan Scheme’ and the project has been completed. The Development of Coastal Circuit-I was sanctioned in 2017-18 for Rs. 99.35 crores. The project is nearing completion, informed Shri Naik.
Under the PRASAD scheme one project namely Development of Amenities and Promotion of Sustainable Tourism and Pilgrimage at Bom Jesus Basillica Heritage Zone has been received from the State government and cleared by the Central Sanction Committee amounting Rs.41.69 crore.
Ministry of Tourism’s field Office, India tourism Goa launched the week long campaign through mall branding activity to promote the national festival of Azadi Ka Amrit Mahotsav from 18 to 24th August 2021.
The India tourism Goa will also conduct on the spot drawing and painting competitions for the children visiting the mall . The mall visitors of all ages will be provided travel information for visiting various destinations in the country and space will be offered to the Tourism Service Providers in Goa offering new and niche tourism products and experiences to tourists.
The Incredible India Installation will also showcase the tourism potential of Jharkhand which is paired with Goa under the Ek Bharat Shreshtha Bharat initiative. The Other initiatives of the Ministry of Tourism, Govt. of India like ‘Dekho Apna Desh’, Incredible India Tourist Facilitation Certification programme, will be highlighted during the weeklong event.