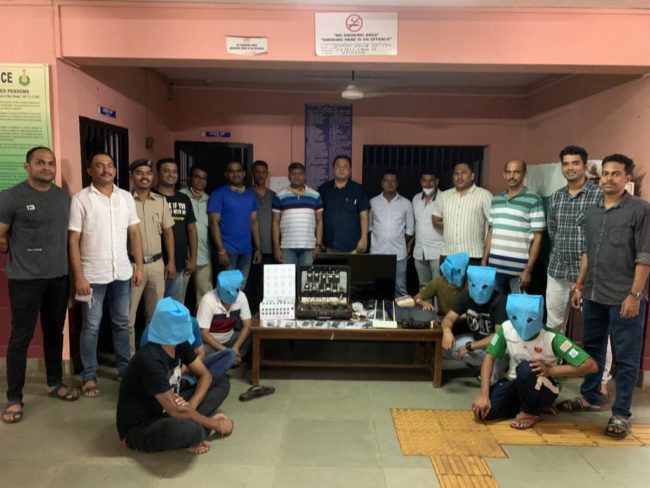 Goemkarponn desk
VASCO: Vasco police, based on specific and reliable information, carried out a raid at a flat in Sushila Sea winds, Vaddemon, Thursday midnight and busted an interstate betting racket involved in the illegal betting of IPL cricket matches.
Six persons (5 hailing from Nagpur and one from Rajasthan) involved in the betting have been arrested while 2 laptops, several mobile phones, two improvised devices connected with mobile phones for receiving phones calls, one television set and some writing materials have been attached from the position of the accused during the raid.
Vijay Jat (23) from Rajasthan along with Dilip Kurkreja (31), Gulshan Tikyani age (30 ), Rohit Nadnani (24), Girish Lalwani age (26), all from Nagpur and Prakash Singh Kanojiya (29) from Madhya Pradesh have been arrested in the illegal betting racket so far.
Sources in Vasco police said that the gang had been operating from the premises since 19th September, and the premise was provided by
one person from Vasco who is also connected to the betting gang and this Vasco based person will be arrested soon.
All the six accused are in police custody, and further investigation is in progress.