VASCO SAPTAH: Swatantra Path to be closed for all vehicular traffic for 7 days 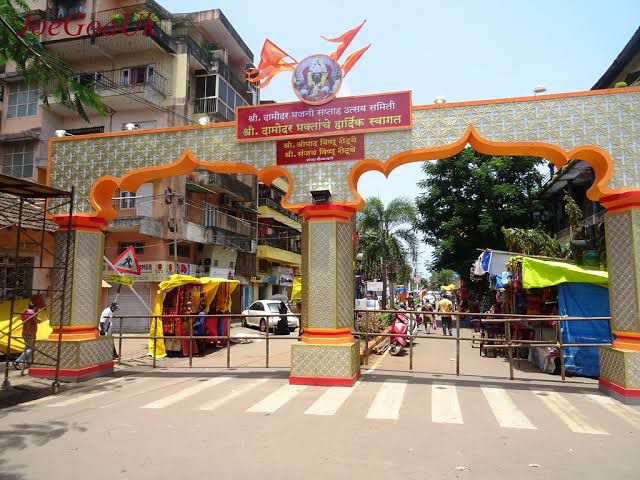 Goemkarponn desk
VASCO: Vasco Traffic cell PI Shailesh A Narvekar said that the Swatantra Path in Vasco would be closed for all vehicular traffic for seven days between 3rd and 9th August in view of the annual Damodar Saptah festival in Vasco.
Narvekar also appealed to the people to Co-operate with traffic police to ensure a smooth traffic flow.
“The Annual Vasco Saptah festival, 2022, will be celebrated from 3rd August onwards. In view of this, we have made some traffic arrangements,” he said.
He stated that the Swatantra path road will be closed for all types of vehicular traffic from St. Andrew Church Junction up to IOC junction starting from 03rd August at 13.00 hrs to 09th August.
Similarly, the road from Bombay Auto Parts up to the Old Electricity office near Vasco Court will be barricaded and closed for all movement of vehicular traffic,” said Narvekar.
“All the traffic coming to and from Vasco/Mormugao will be diverted on F. L. Gomes road. No parking will be allowed on the road from the New KTC bus stand to Church Junction. Parking will be allowed on the KTC Bus stand, Near Tanya Hotel (Open Space parking) and by sides of other internal roads, near State Bank of India and near Tilak Maidan,” said Narvekar.
“No movement of heavy vehicles will be allowed between 10 am on 03rd August and 12 midnight on 04th August and between 4.30 pm 10 pm for the next 5 days from 05th August to 09th August. The public is requested to Co-operate with traffic police to ensure smooth traffic flow,” said Narvekar.