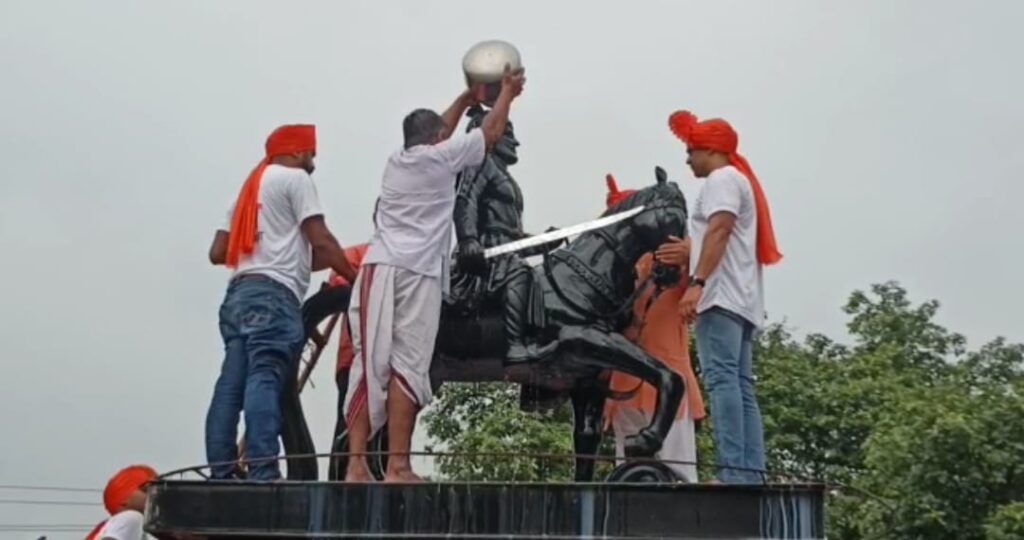 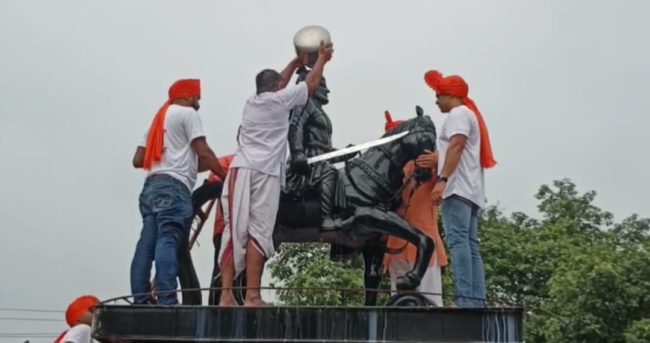 CURCHOREM: Bajrang Dal and Vishwa Hindu Parishad activists celebrate Shivrajyabhishek Din at Curchorem.
Chatrapati Shivaji Maharaj successfully used the techniques of guerrilla warfare, which used surprisingly fast movements and precise attacks to demoralise powerful enemies and established the Maratha Swarajya by waging a historic struggle against the Mughal Empire. Today’s youth should follow the example of Shivaji Maharaj, said Vishwa Hindu Parishad’s Goa state functionary Mohan Amshekar at the Shiv Rajyabhishek program organised at Curchorem.
Amshekar further said that the reign of Chhatrapati Shivaji Maharaj is also called Shivkal. In Chhatrapati Shivaji Maharaj’s Hindhavi kingdom, he did not allow anyone to be oppressed and with his strength of a disciplined army and well-organized administration, Chhatrapati Shivaji Maharaj built a powerful and progressive state.
Former MLA of Curchorem Anil Hari Prabhu Desai, Bajrang Dal’s Viraj Desai, Sanket Arsekar, Ricky Hornekar, Sujay Desai and a large number of Bajrang Dal activists were present on this occasion.
“We are not against it, but Bajrang Dal will stand against the religious leaders and politicians who provoke them,” said Amshekar. “We respect and honour everyone in our Goan land. In our religion, churches and dargah are built and honoured, but they should realise that their first duty is to respect and be loyal to the motherland where they live. They should consider that as their mother India, and this is what we expect from them,” Amsekar said.