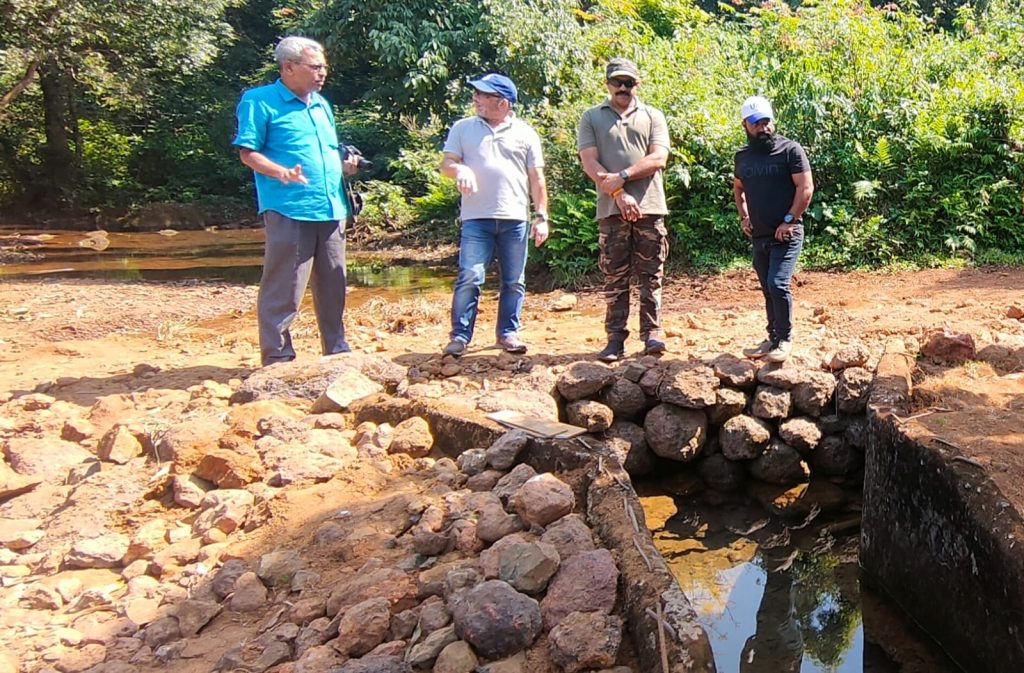 Goemkarponn desk
PANAJI: Former Goa deputy Chief Minister Vijai Sardesai on Thursday dared Chief Minister Pramod Sawant to conduct a site inspection along the Mahadayi river while slamming the BJP-led state government’s ability to stop efforts by Karnataka to create infrastructure for the diversion of the river’s waters.
After conducting a site visit to the Goa-Karnataka border areas to take stock of alleged development works carried out by the Karnataka government to divert the inter-state river’s waters, Sardesai also said that Goa could face a major water shortage if the river water is diverted by Karnataka.
“I dare Goa Chief Minister Pramod Sawant to come here and conduct a site inspection to see the kind of works being carried out in Karnataka to divert the river water,” Sardesai told reporters after visiting the Goa-Karnataka border along with environmentalists.
“The Goa government has failed to respond to the recent developments carried out by Karnataka in the Mahadayi river basin to divert water,” Sardesai said. Sardesai is currently an opposition MLA and is the president of the Goa Forward party.
Goa and Karnataka are battling out a more than a two-decade-long dispute over the sharing of the Mahadayi river in the Supreme Court after both parties expressed reservations about the award by the Mahadayi Water Dispute Tribunal in 2018.
The Goa government has repeatedly come under fire from the Opposition and civil society groups for mishandling the Mahadayi issue.
Apart from an SLP challenging the contents of the Mahadayi Water Dispute Tribunal’s award, the Goa government has also filed two other contempt petitions against Karnataka for illegally diverting water from the Mahadayi river basin.
The Goa government has also formed a special cell to oversee affairs related to the river dispute.