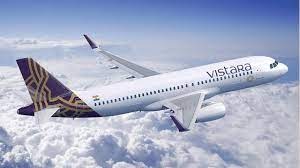 Goemkarponn desk
PANAJI: Vistara and Akasa Air are keen on making a presence at the new Manohar International Airport in Goa, also known as Mopa, which will operate alongside the existing Goa Dabolim Airport.
The airlines have advertised seeking ground staff for Goa’s new airport, and they will soon be introducing new routes to this airport.
Goa’s second airport will be opened for public operation from January 5th. While Oman Air, Go First, and IndiGo have already announced their plans to run flights from this airport, the same is awaited from Vistara, Akasa and other air carriers.
From January 5th, 2023, Oman Air will operate flights to Muscat from the new Manohar International Airport. Also, Go Air has confirmed to operate 42 weekly flights from Goa’s new airport, whereas IndiGo will run 168 flights a week.
Talking of the new Manohar International Airport, it is being developed in four stages. The first one is complete, and thus, public operations begin soon. This airport is designed keeping in mind the bigger wide-bodied aeroplanes. Thus, it can handle the full-size Boeing 777.
Phase I of the airport will initially be able to handle around 4.4 million passengers per year (MPPA), with an extendable saturation capacity of 33 MPPA. The airport will support the State’s socioeconomic development while addressing the needs of the tourism industry. It has the capacity to serve as a large logistical hub, directly connecting various domestic and international sites. Plans are for the airport to provide links for many modes of transportation.
The airport will provide visitors with a sense of and understanding of Goa in addition to being of the greatest calibre. Azulejos tiles, which are native to Goa, were used extensively throughout the airport. The food court also replicates the ambience of a conventional Goan cafe. There will also be a unique area for a carefully selected flea market, where local artisans and craftspeople will be welcomed to display and sell their wares.