What is a need for 99 ESAs in a small State like Goa? asks Poriem MLA 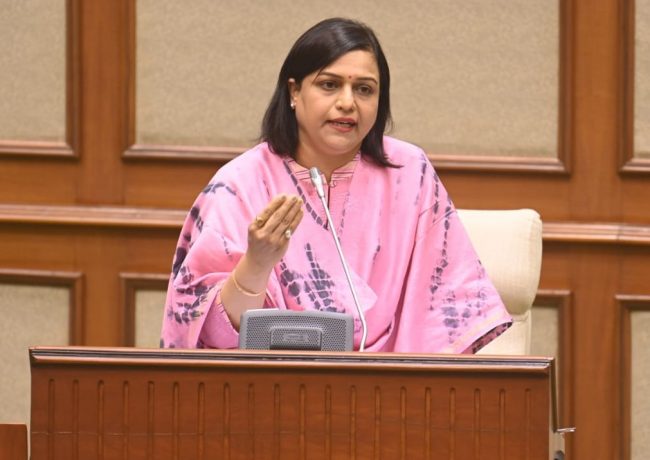 PORVORIM: Poriem MLA Deviya Rane moved calling attention in the Goa Legislative Assembly over 56 villages in Sattari taluka being notified as Eco Sensitive Areas.
Pointing out that 56 of the 99 villages notified by the Union Ministry Of Environment, Forest and Climate Change(MoEF &CC) as the Western Ghats Ecologically sensitive areas (ESA), though a draft notification, are from Sattari Taluka, Mrs Rane said the government needs to raise objections to the notification with the centre.
“There is a fear in the minds of teh people as 56 out of 99 ESAs are in Sattari. One cannot declare villages as “eco-sensitive zones” without a plan of action in place,” she asserted while raising the issue in the House.
She said that the MoEF & CC has given 60 days for the states to file objections, if any, in the matter.
Rane, also Chairman of Goa Forest Corporation, said, “I, along with my other colleagues whose constituencies are affected and people of Sattari, will make sure these objections are raised and reach the highest authority as per procedures laid to file objections. We will request the MoEF&CC to drop the 56 villages of Sattari from the notification,” she said. MoEF&CC issued a draft notification on July 8, identifying an area of 1,461 square kilometres in Goa as Western Ghats ESA. 56 villages in Sattari, 5 in Canacona and 38 in Sanguem come under the purview of the notification.
“What is the need for 99 eco-sensitive areas in small States like Goa? We already have 65 per cent of forest cover. Besides this, we already have CRZ restrictions and airport restrictions. With so many restrictions, where should the people and how should they survive,” she said.